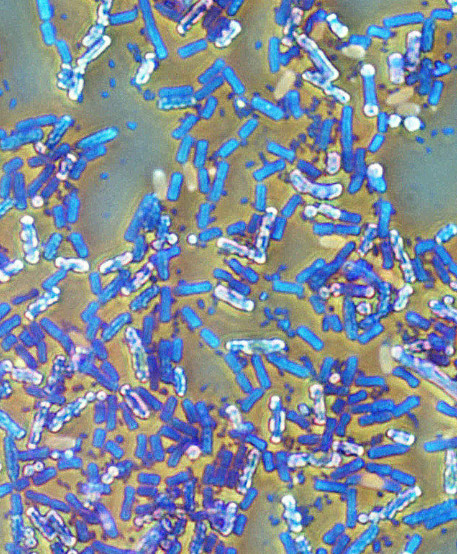 A Chinese study has linked meditation to improved gut health.

Regular deep meditation, practised for several years, may help to regulate the gut microbiome and potentially lower the risks of physical and mental ill health, finds a small comparative study.

Researchers have observed that gut microbes found in a group of Tibetan Buddhist monks differed substantially from those of their secular neighbours, and were linked to a lower risk of anxiety, depression, and cardiovascular disease.

It is well established that the gut microbiome can affect mood and behaviour through the gut–brain axis. This includes the body’s immune response, hormonal signalling, stress response and the vagus nerve - the main component of the parasympathetic nervous system, which oversees an array of crucial bodily functions.

Meditation is increasingly being used to help treat mental health disorders, such as depression, anxiety, substance abuse, traumatic stress, and eating disorders as well as chronic pain. However, it is not clear if it might also be able to alter the composition of the gut microbiome, say the researchers.

In a bid to find out, a team from the Shanghai Jiao Tong University School of Medicine analysed the stool and blood samples of 37 Tibetan Buddhist monks from three temples and 19 secular residents in the neighbouring areas.

The monks in this study had been practising it for at least 2 hours a day for between 3 and 30 years.

None of the participants had used agents that can alter the volume and diversity of gut microbes: antibiotics; probiotics; prebiotics; or antifungal drugs in the preceding 3 months.

Both groups were matched for age, blood pressure, heart rate, and diet.

At the end of the collection period, stool sample analysis revealed significant differences in the diversity and volume of microbes between the monks and their neighbours.

Bacteroidetes and Firmicutes species were dominant in both groups, as would be expected. But Bacteroidetes were significantly enriched in the monks’ stool samples (29 per cent vs 4 per cent), which also contained abundant Prevotella (42 per cent vs 6 per cent) and a high volume of Megamonas and Faecalibacterium.

“Collectively, several bacteria enriched in the meditation group [have been] associated with the alleviation of mental illness, suggesting that meditation can influence certain bacteria that may have a role in mental health,” write the researchers.

The researchers then applied an advanced analytical technique to predict which chemical processes the microbes might be influencing. This indicated that several protective anti-inflammatory pathways, in addition to metabolism - the conversion of food into energy - were enhanced in the meditation people.

Finally, blood sample analysis showed that levels of agents associated with a heightened risk of cardiovascular disease, including total cholesterol and apolipoprotein B, were significantly lower in the monks than in their secular neighbours by their functional analysis with the gut microbes.

But based on their findings, the researchers suggest that the role of meditation in helping to prevent or treat psychosomatic illness definitely merits further research.

“These results suggest that long-term deep meditation may have a beneficial effect on gut microbiota, enabling the body to maintain an optimal state of health,” they conclude.