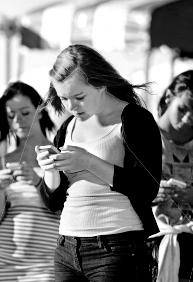 Experts warn Australian adolescents are lining themselves up for serious chronic disease.

Dr Katrina Champion from the University of Sydneyhas run a survey that asked Year 7 students to complete an online survey about their moderate to vigorous physical activity (MVPA), sedentary recreational screen time, sleep duration, diet, and alcohol and tobacco use.

Almost two-thirds of respondents reported three or more risk behaviours, while over 25 per cent reported engaging in four or more.

Dr Champion and colleagues also estimated the frequency of each risk behaviour by gender, remoteness, and relative socio-economic status, and the association of behaviours with socio-demographic characteristics was assessed.

“The prevalence of excessive recreational screen time, poor diet, alcohol use, and tobacco use was higher for boys than girls; that of insufficient MVPA was lower for boys,” they reported.

The authors acknowledged that students from higher socio-economic status areas or schools with Index of Community Socio-Educational Advantage scores in the upper two quartiles, were over-represented in the sample, as were students from independent schools.

“Screening by general practitioners for the six major risk factors we have highlighted and identifying young people with multiple risk behaviours could facilitate early intervention, and brief interventions delivered in primary care or schools may be beneficial.”