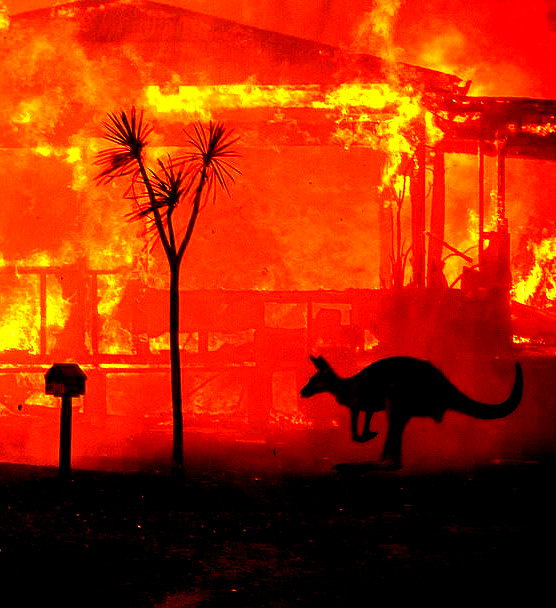 Over 250 Australian scientists have signed a public statement showing the peer-reviewed links between climate change and bushfires.

The statement calls for immediate action from the Australian government to reduce “total emissions” of greenhouse gases, engage constructively with international agreements and agree to a target of zero emissions by 2050.

“In many ways, this letter is the product of despair as scientists witnessed the deadly fire season unfold. Scientists have been warning policymakers for decades that climate change would worsen Australia’s fire risk, and yet those warnings have been ignored,” said Australian National University climate scientist Professor Nerilie Abram.

“It is important to realise that only through reducing ‘total’ greenhouse gas emissions can climate change and its impacts be addressed.

“Australia has near-to the highest greenhouse gas emissions per person of any country. We need to pull our weight in reducing our emissions and influence the rest of the world to take urgent and coordinated action. Any other policy is window dressing.”

The peer-reviewed research gathered by the scientists shows the multiple links between climate change and fire including:

As an example of the speed of change, in 2017, Australian researchers said the Sydney Basin and areas around Melbourne would experience 50°C days by 2040. On January 4, this year, an outer suburb of Sydney, Penrith, hit 48.9°C, suggesting those 50°C days may be closer than we think.

“Scientists by nature tend to be conservative. Perhaps that explains why many of the projected climate impacts made in the peer-reviewed literature seem to be occurring earlier than forecast,” said University of New South Wales Canberra fire researcher Prof Jason Sharples.

“It’s important to remember that what we are seeing now are the dangerous and costly impacts of just 1°C of global warming. Yet while our climate changes rapidly, Australia’s climate change policies stand still and the world is on track for 3°C or more of warming by the end of this century.”

For scientists who spend every day looking at the observations, the signs have been there for some time. The drying of south-west Western Australia, the heat records tumbling year after year, the winters warming faster than the summers, the massive marine heatwaves impacting fisheries and much more.

“How much worse does this have to get before the science stops being ignored? It’s the lack of visionary policies to protect our country and people for the future that has brought us to the point where we felt we had to raise our voice and demand action on the science,” said University of New South Wales climate scientist Professor Katrin Meissner.

“The thick, choking smoke haze of this summer is nothing compared to the policy smokescreen that continues in Australia. We need a clear, non-partisan path to reduce Australia’s total greenhouse gas emissions in line with what the scientific evidence demands, and the commitment from our leaders to push for meaningful global action to combat climate change. Not tomorrow, but right now.”

The full letter and list of signatories is accessible here.