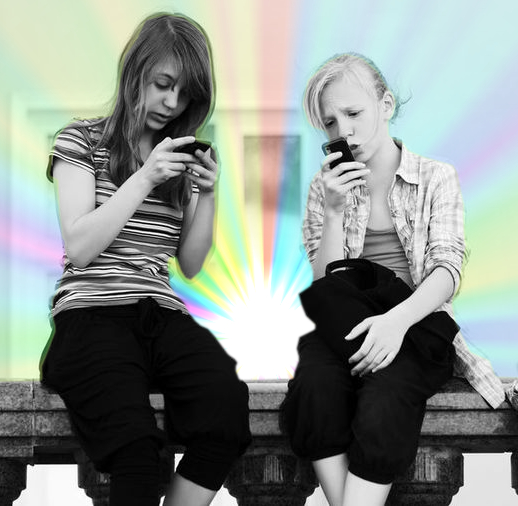 Research suggests social media use at age 10 could reduce the wellbeing of adolescent girls.

A study of social media among kids in the UK has also found it may have different effects on wellbeing in adolescent boys and girls.

“Our findings suggest that it is important to monitor early interactions with social media, particularly in girls, as this could have an impact on wellbeing later in adolescence and perhaps throughout adulthood.”

The authors found that adolescent girls used social media more than boys, and the social media interaction increased with age for both boys and girls.

At age 13, about a half of the girls in the sutdy were interacting on social media for more than 1 hour per day, compared to just one third of boys.

Wellbeing appeared to decline throughout adolescence in both boys and girls, as reflected in scores for happiness and other aspects of wellbeing. Dr Booker said: “Since we did not observe an association between social media use and wellbeing among boys, other factors, such as the amount of time spent gaming, might be associated with the boys’ observed decline in wellbeing.”

The study used data from the youth panel of the UK Household Panel Study - a large national survey which interviews all members of a household annually, from 2009 – 2015.

A total of 9,859 UK adolescents aged 10 to 15 years completed questions on how many hours they spent interacting on social media sites on a typical school day.

The researchers assessed wellbeing among this cohort using two measurements: a happiness score built from questions about how happy they are with different aspects of their life including family and school, and the Strengths and Difficulties Questionnaire (SDQ), which measures negative aspects of wellbeing such as emotional and behavioural problems.

The authors found that throughout adolescence happiness scores dropped nearly three points from 36.9 to 33.3 in girls and two points from 36.02 to 34.55 in boys.

While SDQ scores dropped for boys and increased for girls, indicating that girls experienced more negative aspects of wellbeing, the researchers concluded that overall wellbeing decreased for both.

The authors caution that because the study used the self-report data and only social media interactions on school days were recorded, the associations between social media and wellbeing may have been underestimated.