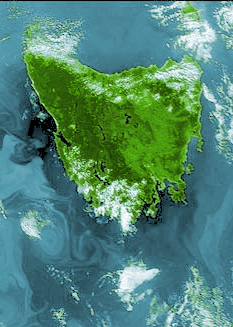 Questions have been asked after the Tasmanian Government awarded almost $1 million to a ‘relatively unknown company’.

Four tenders totalling $880,000 have been awarded by the state’s Department of Education to DCNSTRCT Pty Ltd for media work on behalf of the Aboriginal Education Service (AES).

Larger players in the Tasmanian media industry are upset to have missed out.

An industry insider has told the ABC that they were “very concerned” about the big grants going to “relative industry unknowns” with “a landing page for a website”.

There is no suggestion that the tenders were wrongly awarded to DCNSTRCT, but the deal has been accused of not ‘passing the pub test’.

Another insider said it was “highly unusual, if not unheard of, that a relatively unknown company could win all four tenders of such large value against heavyweight competitors”.

The Department of Education has issued a statement saying the tender processes “adhered to the whole of government procurement framework”.

“An independent tender panel with no perceived or real conflict of interest was formed to undertake the procurement process,” it said.

“An independent probity advisory from KPMG oversaw every step of the processes and endorsed they had complied with the procurement framework.

“The department's Procurement Review Committee also reviewed and endorsed that the processes had adhered to the Government's procurement framework.”

DCNSTRCT has responded to the questions, saying its directors Dr Raef Sawford and Aden Narkowicz have “worked in the film and multimedia industry for a combined 25 years plus”.

“We have previously produced content for AES which was published on their website in December 2016,” they said.

“We spent a lot of time and effort to produce what we thought were very strong submissions for each of the tenders, with a bold and considered creative response borne out of research into the subject matter.

“Our website did not form part of our submission and is not currently part of our marketing strategy.

“We were of course delighted with our success, but we can't speak for the selection process.”