Students told to speak to FWC 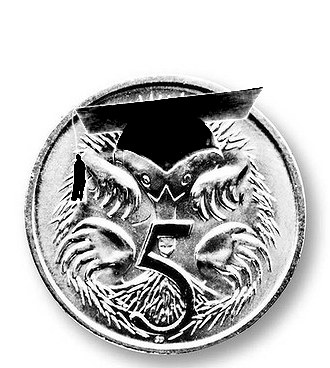 Fair Work wants to hear from international students who may be getting ripped off by their employers.

The Fair Work Ombudsman's office has written to hundreds of thousands of international students in Australia who may have been short-changed on their pay or intimidated by employers for speaking out.

“[International students] are only about 2 per cent of all of the requests for assistance we receive every year, but they feature quite prominently in the very serious matters we take to court,” says Fair Work Ombudsmen Natalie James said.

“Although international students are the largest group of visa holders with work rights in this country, and although we have heard many stories of very serious exploitation involving this cohort, only a very small number of them come to us for help.

“That tells us that they're not coming to us for help and advice when they should.”

Ms James said employers often threaten to report international workers to the Department of Immigration if they question their working conditions.

“We find that many of them are very hesitant to come to us for help,” she said.

“They find themselves working more than those 20 hours [that they are legally allowed to work], and we have seen some unscrupulous employers then use this to threaten those students to report them.

“In a number of cases, we have gained appropriate protections for visa holders in that very situation, we've taken action, we've recovered unpaid wages and we have ensured that their visa status was not affected.

“If they suffer any sort of consequences in the workplace because they've come to us for help, like every worker in Australia they are also protected in that case.

“The Fair Work Act imposes quite serious sanctions if people are terminated or lose shifts for example because they've come to the Fair Work Ombudsman for help.”

Ms James said a good first step is for international students working part-time while to keep a record of the hours they work.

“In the most serious occasions, when we see employers disguising hours works or falsifying records, we then have evidence to recover unpaid wages based on the information that the worker has kept for themselves,” she said.

“I have been surprised and concerned. I mean that is the most appalling behaviour I think I've seen in my time as Fair Work Ombudsman.”