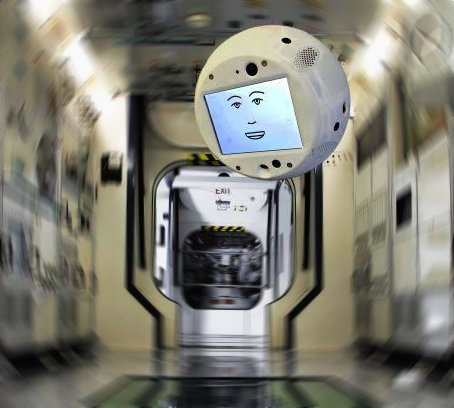 An emotion-sensing robot is being sent to the International Space Station to aid astronauts' mental health.

A SpaceX Dragon spacecraft has arrived at the International Space Station over the weekend to deliver 2.5 tons of fresh supplies and equipment for NASA.

The haul includes what NASA calls a “robot hotel” for two Robotic External Leak Locators. It will house and charge the two free-flying robots already on the ISS to sniff out gas leaks.

The delivery also includes 40 intrepid mice as part of the “Mighty Mice in Space” experiment, studying the effects of muscle and bone loss from prolonged exposure to weightlessness.

The mice will live on the station until January, when they will return to be compared with 40 other mice in similar habitats on Earth.

One of the most interesting new devices is CIMON-2 - the Crew Interactive Mobile Companion.

The Airbus robot was uses IBM artificial intelligence based on Watson technology – allowing it to perform a range of human interactions to help astronauts with tasks, autonomously navigating around the European Columbus research module on the space station.

CIMON-2 can fly freely around the station, play music, and use its “smart face” to spot and recognise astronauts, make eye contact and carry on a conversation.

“With the help of the IBM Watson Tone Analyzer from the IBM cloud in Frankfurt, [CIMON-2] is now able to evaluate the emotions of the astronauts and respond to the situation in an appropriate way if this is desired by the astronauts, or if its emotional analysis capabilities are being tested as part of an experiment. This allows CIMON-2 to transition from a scientific assistant into an empathetic companion, as required,” says Matthias Biniok, IBM's Lead Watson Architect for Germany.

The robot - originally dubbed ‘Spaceball’ - relies on human interaction to learn, using microphones to help it interpret voices and identify its location. CIMON’s personality was developed by psychologists, and it can respond using different tones, from teasing to sad.