Sex doesn't sell in matters of the heart 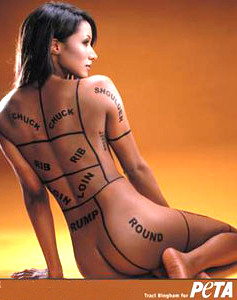 The advertising game is often one of subtlety, suggestion and subliminal messaging – other times the formula is just to place a scantily-clad person next to the thing you want to sell, but research at the University of Queensland is investigating whether sex really is the best way to make a sale.

In collaboration with authorities from UQ and other universities, Dr Bongiorno’s research has linked the sexual dehumanisation of women to reduced concern for ethical behaviour.

She says the research addresses an unresolved paradox; asking if advertising an ethical cause using unethical means can be effective.

“Sexualised images of women in advertising are pervasive and this research challenges the common view that they will always be effective persuasion tools,” Dr Bongiorno said.

The research used advertisements sourced from People for the Ethical Treatment of Animals (PETA) and involved participants from different nations and demographics.

“Participants who viewed advertisements containing sexualised images of women indicated they would reduce their support for the organisation publishing the advertisements.

“Their responses showed that this was because the sexualised images dehumanised the women depicted, making them seem more animal-like.

“Previous research has shown that the dehumanisation of women increases tolerance for unethical behaviour towards women – specifically men’s attitudes towards sexual harassment and rape.

“Therefore, it seemed unlikely that an advertising strategy that dehumanises women would be effective for increasing concern for animals, and we found that such a strategy did backfire,” she said.

The research has cut a trail for further investigations of the negative impact that sexualised images might have on promotional campaigns for other ethical causes.

“Society faces many ethical challenges, not only in relation to animals, but also in relation to reducing social inequality and poverty and tackling climate change, so understanding how to communicate these causes most effectively is important,” Dr Bongiorno said.

“Dehumanising tactics not only have negative consequences for women, but also for ethical causes that use this kind of strategy.”

The results of the study have been published in PLOS ONE.