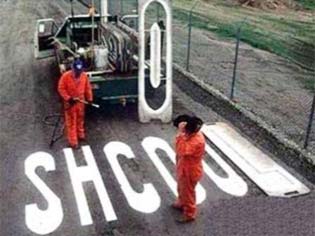 With recent statistics finding almost half of Tasmanian adults cannot read or write at a high school level, a push has begun to put specialists in every school to address the ongoing issue.

Tasmania has reportedly scored lowest in the achievements of Year 12 students across all the states and territories, as well as the highest rate of students dropping out in Year 10.

Dr Ben Jensen, a director of the School Education program at the Grattan Institute says one in two Tasmanians aged 15 to 74 are functionally illiterate and more than half are functionally innumerate. He says this is a situation that has built for generations, and needs to be stopped.

“If you look at the history of Tasmanian education it is a history of low expectations,” Dr Jensen said

Dr Jensen suggests moves such as installing a specialist literacy and numeracy teacher in every school in Tasmania and closing some smaller schools.

“If you close a few small schools that are incredibly expensive you then enable money to be spent on literacy and numeracy specialists in schools across the state,” he said.

Merrill Lynch chief economist Saul Eslake says the low level of literacy and numeracy is affecting the state’s economy: “I think the low level of educational attainment of Tasmanian workers is probably the single most important reason why productivity in Tasmania is significantly below levels on the mainland,” he said.

One Tasmanian, Mr Don McKenzie has been attending some of the state’s adult education classes and has reported a great increase in his literacy levels. He says being able to read and write to a higher level has brought him out of isolation at home and out into society.

Mr McKenzie says he realises he needs to improve his education if he wants his kids to get the same opportunities as everyone else.

He says he’s seen results for himself and his 13-year-old daughter.

“She never used to like reading books and stuff and I said 'look, I'm going back to school and stuff now and I'm learning how to read and write how about you come back and sit down next to me and reading a book with me and having a go with me',” Mr McKenzie said.

“She said 'yeah, that'll be good dad' and now she loves it. I've noticed a real lot of improvement in her reading... she can actually write her name and that now where she never used to.”