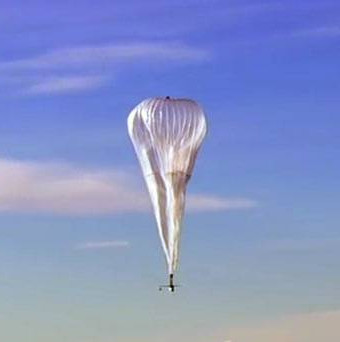 A large cluster of Google’s Project Loon balloons have drifted over to Australia.

Google has been testing the devices that it hopes will one day provide floating Internet relay stations for some of the world’s poorest and most isolated communities.

Given that they sit about 20km above the Earth, not many Australians have noticed the next-gen devices turning up in their skies.

“We have a couple of Loon balloons bobbing their way over northern Australia, [but] we’re not currently running connectivity tests in Australia … so no balloon-powered Internet for Aussies just yet,” Project Loon’s Libby Leahy has told the ABC.

The balloons over Australia are being used for navigational testing, Leahy said, using software algorithms that adjust altitude to take advantage of different wind speeds and directions in the stratosphere.

“This way we can maximise the time balloons are spending over areas where people need service and less time over places like the ocean,” Ms Leahy said.

The balloons were launched from a special site in Puerto Rico that can put a balloon up every 30 minutes.

Since it began, Project Loon balloons have travelled a combined 19 million kilometres, withstanding minus-60 degree temperatures and traveling up to 162 kilometres per hour.