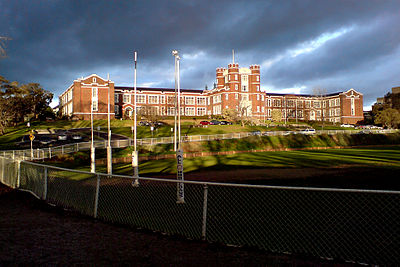 Australia’s Catholic schools have signed on to the Federal Government’s school funding reforms, but Victoria and WA are still holding out.

The Prime Minister has criss-crossed the country in his quest to get all the states and territories on board with the Gonski reforms, which seek to change the way funding is allocated for schools nationwide.

The National Catholic Education Commission said: “The arrangements will progressively deliver increased Commonwealth funding to each state's Catholic education system based on common measures of student need across all education sector,” in a statement this week.

Kevin Rudd says there is only two states still standing; “We now have almost two-thirds of the kids in Australia benefitting under the Better Schools plan, which will deliver extra funding and extra resources to government schools, Catholic schools and independent schools in most of the states in Australia... but we've still got some who we've got to get across the line," he said.

Western Australia remains one of the toughest nails to hammer down in preparation for the funding reforms, with the Federal Education minister this week demanding WA Premier Colin Barnett stop using children as political footballs and, “lose his siege mentality, let's not talk about selling schools, let's talk about the schoolchildren," Education Minister Bill Shorten said. Mr Barnett called the criticism "either politically motivated or ignorant". The Prime Minister will pick up negotiations with the WA Premier on Friday.

The $15.2 billion package passed Federal Parliament last month with 65 per cent of the money coming from federal coffers and the rest to come from states and territories.