Plan to allow paths other than research 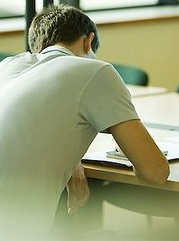 The Liberal Party in South Australia may be bringing the directives of its federal counterpart into state classrooms – cutting research in favour of business investment.

Year 12 students would no longer have to complete a research project as part of their South Australian Certificate of Education (SACE) if the Liberal Opposition wins next year’s state election.

As well as dropping the research requirement, the Opposition says it plans to create three high schools specialising in entrepreneurial pursuits, and offering business and investment subjects at schools across the state.

The research option will likely remain open to students, but an option to complete a fifth year 12 subject could be added as well, according to South Australian Liberal Leader Steven Marshall.

“We've had a huge amount of complaints about it and now we've responded by saying from 2016 the research project will be optional for SACE students,” Mr Marshall said.

“We don't think it serves the students of South Australia by making it compulsory.”

The changes are intended to allow students to finish-up their school earlier and walk a quicker path into the workforce. The Opposition has flagged a program to fund apprentices to study after hours as well, enabling them to get job training and their SACE.

“We want to give people the option of leaving school at the end of Year 11, embarking upon their career, starting their apprenticeship and then, most importantly, completing their SACE part-time,” Marshall says,

“At the moment you have the option of doing a school-based apprenticeship where you are at school full-time and you go off to do your apprenticeship part-time so you clock up some hours, but it's a pretty slow rate.”