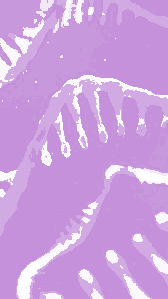 The Victorian Government is providing funding for the state’s first mRNA innovation hub.

A team of researchers from Monash University and the University of Melbourne have received $5.4 million from the Victorian Government to establish The Victorian mRNA Innovation Hub, which is intended to develop next-generation mRNA vaccines and therapeutics to treat a range of diseases.

The funding, which is part of the state government’s mRNA Victoria Activation Program initiative, aims to develop new technologies that will underpin mRNA therapeutics and vaccines that are more effective, cheaper and faster to produce.

At the same time, the Hub will be used to train a cohort of cross-disciplinary mRNA scientists to drive next generation mRNA innovation and production in Victoria.

Victoria has form in this area, having developed Australia’s first COVID-19 mRNA vaccine candidate, which was developed at Monash University and is currently in clinical trials in partnership with the Doherty Institute.

The Hub is made up of four nodes and brings together mRNA experts from the Monash Institute of Pharmaceutical Sciences (MIPS), the Peter Doherty Institute for Infection and Immunity (Doherty Institute), the Monash Biomedicine Discovery Institute (BDI) and the University of Melbourne’s Faculty of Engineering and Information Technology. The Hub is headquartered at MIPS and Monash RNA.

“Until now there has been no central hub bringing together the cross-disciplinary skills in molecular biology, mRNA biology, drug delivery and pharmaceutical sciences to drive this expansion,” says Director of MIPS and Chair of The Victorian mRNA Innovation Hub Management Committee, Professor Chris Porter.