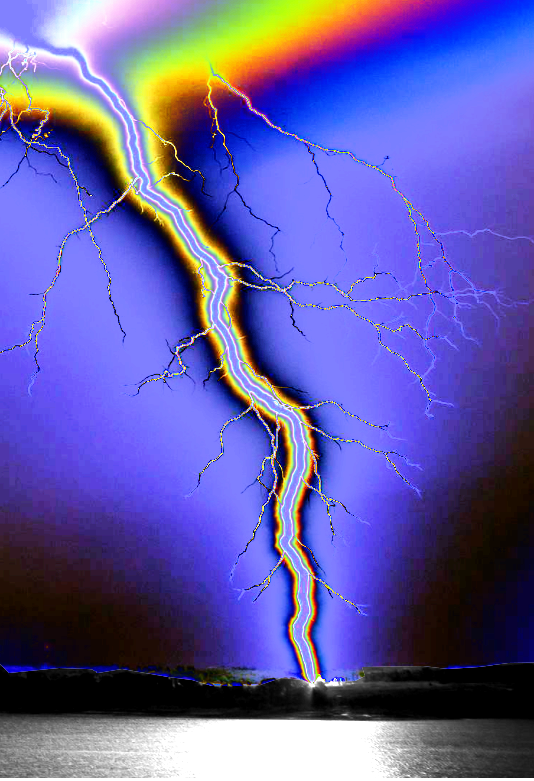 An Australian researcher appears to have solved the mystery of why lightning zig-zags.

The chances of being struck by lightning are less than one in a million, but it might have felt much higher when more than 4.2 million lightning strikes were recorded across Australia over the weekend of 12-13 November.

But for much longer, more than 50 years, scientists have debated why lightning zig-zags and how it is connected to the thunder cloud above.

A University of South Australia plasma physicist has now published a landmark paper that could solve both mysteries.

“There are a few textbooks on lightning, but none have explained how the zig-zags [called ‘steps’] form, why the electrically conducting column connecting the steps with the cloud remains dark, and how lightning can travel over kilometres,” Dr Lowke says.

The conducting column connecting the step to the cloud remains dark when electrons attach to neutral oxygen molecules, followed by immediate detachment of the electrons by singlet delta molecules.

Dr Lowke says it is important because the world needs “to understand how lightning is initiated so we can work out how to better protect buildings, aeroplanes, skyscrapers, valuable churches, and people”.

The solution to protect structures from lightning strikes has remained the same for hundreds of years.

A lightning rod invented by Benjamin Franklin in 1752 is basically a thick fencing wire that is attached to the top of a building and connected to the ground. It is designed to attract lightning and earth the electric charge, saving the building from being damaged.

“These Franklin rods are required for all buildings and churches today, but the uncertain factor is how many are needed on each structure,” Dr Lowke says.

There are also hundreds of structures that are currently not protected, including shelter sheds in parks, often made from galvanised iron, and supported by wooden posts.

This could change with new Australian lightning protection standards recommending that these roofs be earthed. Dr Lowke was a committee member of Standards Australia recommending this change.

“Improving lightning protection is so important now due to more extreme weather events from climate change. Also, while the development of environmentally-friendly composite materials in aircraft is improving fuel efficiency, these materials significantly increase the risk of damage from lightning, so we need to look at additional protection measures,” he says.

“The more we know about how lightning occurs, the better informed we will be in designing our built environment.”