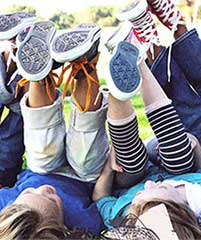 The company is considering a merger with provider Junior Adventures Group, which operates about 400 sites around Australia.

The merger would see Bain Capital control about a quarter of the Australian market.

The Australian Competition and Consumer Commission is reviewing the proposal, but Labor has already announced its opposition.

Opposition early childhood education and development spokesperson Kate Ellis said there were a number of concerns about the proposal.

“This is all about an overseas hedge fund getting access to government subsidies and parents' fees on an unprecedented scale,” she told reporters.

“Where these for-profit, privately-owned providers have stepped in previously, fees have on average been higher and the quality of service that's been delivered has on average been lower.”

Labor is also concerned about one provider controlling a large share of the market.

“If we have one foreign-owned for-profit provider controlling so much of the market place, then there is a huge risk that if anything happened to that provider, it would be disruptive to our education system but also to our national economy,” she said.

Bain Capital has issued a statement in response to some of the pricing concerns.

“Prices are part of that tender process, which means schools have a say on pricing when they select the provider,” it said.

“There are also regular opportunities for review.”

The Department of Education and Training says it will wait to hear from the ACCC.

“It is the role of the ACCC to consider the effect that the proposed merger will have on competition in the market,” a departmental spokesperson said.

Ms Ellis said it was not good enough.

“The Government should have a view on what is the big picture,” she said.

“It would be unthinkable for us to think about any part of our education system being run like this.

“We would not have for-profit, foreign-owned hedge funds controlling so much of our education services.”

The ACCC is expected to give word by the end of the month.