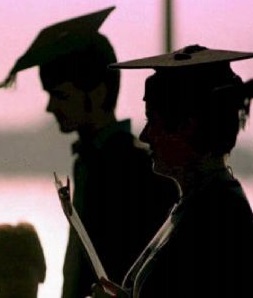 Many regional universities will be anxiously waiting on the outcome of recent word from the federal Education Minister, with Chris Pyne indicating changes are on the way for tertiary admittance and student unionism.

Prime Minister Tony Abbott quelled some of the concern this morning, saying the government did not agree with mandatory unionism but did not have the time to deal with it at the moment.

The current system has allowed many regional universities to survive and prosper, according to the Regional Universities Network. Non-metropolitan tertiary institutions have been able to offer more courses and educate more students.

Carolin Perkins, from the Regional Universities Network says scrapping the current rules would contribute to the lack of professional services outside of major cities.

In his flagging of the review, Minister Chris Pyne said he was concerned some courses do not lead to a job.

“These are professions that are in great demand.”

He has re-iterated outcry that regional universities need to allow as many as possible, and need student union fees to provide simple services.

“The abolition of the student services amenities fee would differentially hurt regional universities,” he said

“In the city you have a greater array of facilities around university campuses... sporting facilities, health, medical facilities that are just not available in regional settings.”

I was lucky enough to be in attendance at James Cook University in Townsville when voluntary student unionism was introduced.

In a single year I saw the school's vibrant, active and useful community - engaged in sports, brought together by social events, equipped with plenty of mentors for first-years, niche clubs for all interests and student support across faculties - turn into a disconnected group of individuals, attending class but drawing little else from what should be a thrilling and formative experience.

Once passionate inter-college rivalries on campus became vague lines drawn in the sand, and the spirit of the small university bordering the bush and the Barrier Reef was washed out to sea.

Admittedly, I did not continue paying union fees after they became voluntary, and I don't recall anyone who did.  As a student, the two hundred-odd dollars seemed more easily turned into a valuable experience via the medium of Fruity Lexia than through productive student community-building. As is often the case; I could not realise at the time that I was being deprived of an important element of my educational career, something I would come to miss in later years.

With talk this week about making student unions voluntary nationwide I wonder, as the administrators do, what will happen when students' money-saving apathy removes everything but the most basic services from regional schools. Student unionism may not keep the lights on and the doors open, but it does illuminate the path to new experiences, friendships, rivalries, and allows universities to fully cater for students in ways that otherwise would not be possible - whether they know it, like it, or not.

The Liberal Party is understandably opposed to the forced membership of any union - that's the kind of thing the Labor Party are in to - so maybe these things should just be given a different name. If Mr Pyne is ideologically opposed to student unions, can we just call them something else?

Would it be better if everyone had to pay fees to the 'Student Support Council', 'Student Executive Board', or maybe the 'Group of Students with Future Political Aspirations who are Sober Enough to Make Decisions that Benefit the Ungrateful'?