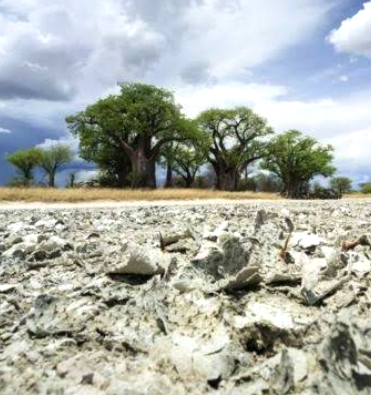 A new study attempts to pinpoint the origin of modern humans with the greatest accuracy yet.

The ancestral homeland of every human alive today is in the southern African countries of Botswana, Namibia and Zimbabwe, south of the Zambezi River, according to the Australian-led research project.

It has been established that modern humans originated around 200,000 years ago, but exactly where has remained a mystery, until now.

Mitochondrial DNA is inherited from mothers, allowing matrilineal lines to be tracked.

The DNA-based findings were then compared against linguistic, cultural, historical, geographic and archaeological evidence to establish a trajectory back in time.

It reveals that modern humans most likely emerged in the Makgadikgadi–Okavango palaeo-wetland of southern Africa.

The area is totally inhospitable now, dominated by desert and salt pans, but it once featured an enormous lake, twice the area of modern Lake Victoria.

Around 200,000 years ago, the lake began to break-up, creating a vast wetland.

The researchers say our earliest ancestors appear to have thrived in the area for 70,000 years before the beginning to venture out of the homeland.

Reconstructing climate conditions, the authors provide evidence that a changing climate opened up other areas of Africa, eventually leading to our domination of almost every part of the planet.