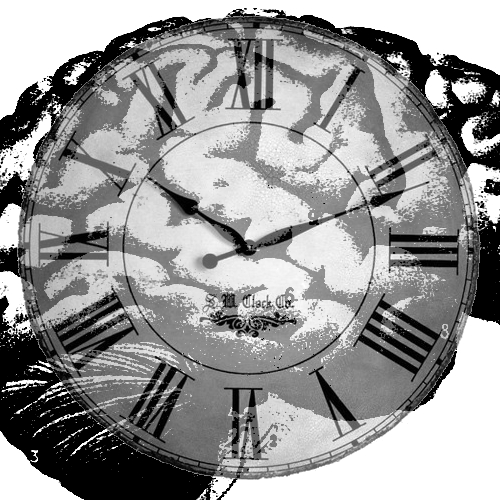 Researchers are struggling against entropy to create the most accurate clocks ever.

A new experiment shows that the more energy consumed by a clock, the more accurate its timekeeping.

Modern life relies in large part on clocks -  from the atomic clocks that underlie satellite navigation to the cellular clocks inside our bodies, all consume energy and release heat. A kitchen clock, for example, does this by using up its battery.

Generally the most accurate clocks require the most energy, which hints at a fundamental connection between energy consumption and accuracy. This is what an international team of scientists from Lancaster, Oxford, and Vienna has set out to test.

To do this, they built a particularly simple clock, consisting of a vibrating ultra-thin membrane, tens of nanometers thick and 1.5 millimeters long, incorporated into an electronic circuit.

Each oscillation of the membrane generated one electrical tick. The ingenious aspect of this design is that it is powered simply by heating the membrane, while the complete flow of energy through the clock can be measured electrically.

The scientists found that the more heat they supplied, the more accurately the clock ran. In fact, the accuracy was directly proportional to the heat released. To make the clock twice as accurate, they needed to supply twice as much heat.

The study, accessible here in Physical Review X, is the first time that a measurement has been made of the entropy - or heat loss - generated by a minimal clock.

Understanding the thermodynamic cost involved in timekeeping is a central step along the way in the development of future technologies, and understanding and testing thermodynamics as systems approach the quantum realm.

It also shows a similarity between the operation of a clock and a steam engine. With a steam engine there is fundamental constraint on how much heat we must supply to do a desired amount of work.

This constraint is the famous Second Law of Thermodynamics which is central to modern engineering. What this experiment suggests is that clocks, like engines, are constrained by the Second Law, with their output being accurate ticks instead of mechanical work.

“The subject of thermodynamics, which incorporates the most fundamental principles of nature, tells us that there are two types of machine that we cannot operate without releasing heat,” says Dr Edward Laird of Lancaster University.

“This experiment – in conjunction with other work – suggests that clocks are also limited by thermodynamics. It also poses an intriguing question: are all possible clocks limited in this way, or is it just a property of the ones we have studied?”

Interestingly, many everyday clocks have an efficiency that is close to what the scientists’ analysis predicts.

For example, their formula predicts that a wristwatch whose accuracy per tick is one part in ten million must consume at least a microwatt of power. In fact, a basic wristwatch usually consumes only a few times this amount.