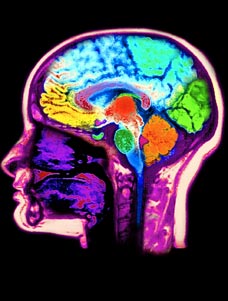 Rugby players are helping researchers understand the repercussions of concussion.

Members of the Randwick Rugby club are helping researchers, coaching and medical staff to learn exactly how much force the average head receives during play.

Dr Adrian Cohen has been running the study for the Australian Rugby Union Concussion Advisory Group.

He said the sensors provided objective data on concussion, which is important because players often try to brush over their symptoms.

“We know that players want to get back on the field,” Dr Cohen told reporters this week.

“So if you ask them if they have any symptoms, they say; ‘Nah no symptoms’.

“And they will move through the return to play process with the aim of getting back on the field.

“But what we are learning from the X2 bio sensor is objective data about what went on on the field.

“We have the G-forces and the rotational forces, which we can see once the data is downloaded.

“[It means we are] able to then go back to the player and say; ‘You've had some high scores, let's check you out’.”

The data gives coaches a new perspective on the cumulative damage that small and medium hits can have.

Very little is known about the broader problem of concussion in sport, especially to do with data collection and how much sports governing bodies know about the risks.

Sporting bodies are reportedly concerned about how such data could be used in future litigation.

“There is no doubt the clarity we will get off that data will impact upon judicial decisions,” Randwick Rugby Club's director of rugby Nick Ryan said.

“At the moment it's at a welfare level but there is no doubt this will seep into performance both on and off the field, making decisions for the game.”