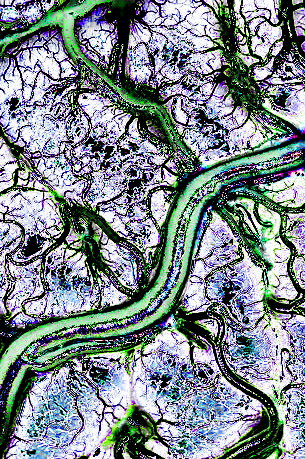 German researchers have found a gene responsible for allowing the brain to develop fancy functions like speech and conscious thought.

Dr Wieland Huttner of the Max Planck Institute of Molecular Cell Biology and Genetics in Dresden made the discovery as part of a study that isolated different subpopulations of human brain stem cells to find which genes are active in which cell type.

During the study, the team noticed that one particular gene increased the reproduction of basal brain stem cells.

This triggered a folding of the neocortex, to allow more dense packing of brain cells.

“In that way, during brain development more neurons can arise and the cerebrum can expand. The cerebrum is responsible for cognitive functions like speaking and thinking.”

The team found the gene - called ARHGAP11B - exists in both modern-day humans and our ancient relatives, Neanderthals and Denisovans.

It is not found in our nearest cousin, the chimpanzee.

After their initial findings, the team tested the function of ARHGAP11B by introducing it into mouse embryos.

They suspected that if the gene created a bigger pool of brain stem cells in humans, then it should do a similar thing in the brain of a mouse.

As the modified mice grew they produced significantly more brain stem cells. In fact, half of the cases even produced the characteristic folding of the neocortex.

“All these results suggest that the gene ARHGAP11B plays a key role in the evolutionary expansion of the human neocortex,” the scientists said.

“ARHGAP11B is the first human-specific gene where we could show that it contributes to the pool of basal brain stem cells and can trigger a folding of the neocortex. In that way, we managed to take the next step in tracing evolution,” Dr Huttner said.