Gap year can start a good run after school 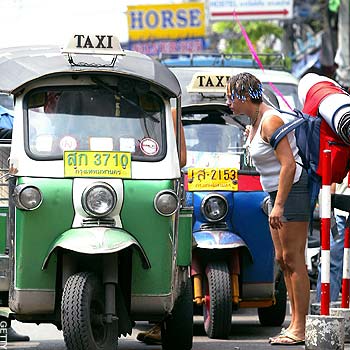 A new study has a shown a gap year may be just what a student needs to reset their mind for University.

A University of Sydney study suggests students who have a year to themselves achieve more highly at university than students who enter straight after school and even mature-aged students.

The study tracked 904 undergrads over their first three semesters at university, studying in the disciplines of arts, social sciences, and science. It was undertaken due to the void in knowledge on the phenomenon of the gap year, often seen as a frivolous break to swan-about in exotic locations on borrowed money.

Previous reports had shown some contribution to students’ motivation, but the latest longitudinal study was able to show just how much of a factor the time off can be.

Among the findings was a further revelation that good results in the first semester often sets up students to maintain a higher average, as opposed to burning-up and dropping out half way.

The study conducted by a team at the University’s Faculty of Education and Social Work has been published in the latest Journal of Higher Education. Professor Martin says it can help students and parents decide which is the best of many paths to university success.

“Once school is over, post-school education is a new chapter, a fresh start, a blank slate - it's yours to make of it what you will. For students with great school results, our findings underscore the importance of not resting on one's oars. For those who might have done better at school, the year following school is a chance to shape something new. This might mean a constructive year off in the form of a gap year; or it might mean having an honest look at what academic skills they need enhance in order to make university a more positive experience,” the Professor said.

This and other reports are accessible in the Journal of Higher Education.