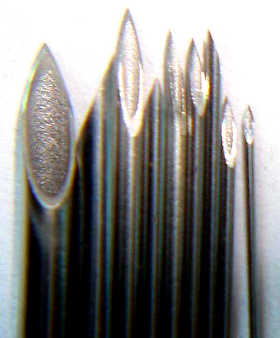 Federal Health Minister Peter Dutton has been discussing plans to withhold tax benefits from families who do not immunise their children.

Mr Dutton will take the idea to various centres after meeting with authorities in Brisbane over the weekend.

He says it is time for the Government to take a tougher stance on parents who ignore the need for vaccination, putting their children and others around them at risk.

“I'm considering very seriously what options the Commonwealth has in withholding payments or providing further incentive to parents to have their children immunised,” Mr Dutton said.

While many agree that measures must be taken to push up immunisation rates, punishing poorer families who rely on tax benefits may not be the best way.

There are plenty of families across all levels of household income that ignore the vast weight of successful vaccination programs, and fall victim to the fearful and non-scientific wailings of groups like the Australian Vaccination-skeptics Network.

Recent figures have also shown that vaccination rates can be particularly low in higher-income areas, where families would not be prompted to change their ways by adjustments to tax benefits they do not receive.

“But in the end it would end up punishing particularly children of poorer families who come under the means test [for family tax benefits],” she said.

She says improving the simple matter of accessibility will help boost immunisation rates without ideological conflict.

“Home visiting has been shown to be effective and cost effective for home-bound families where mum might not be able to drive, she might be stuck at home with five children,” she said.

Programs to improve services should also consider reforms that are culturally acceptable to Aboriginal and Torres Strait Islanders.

“The current environment is a very polarising one and this would certainly worsen it... all these polices need to be focused very much on where real gains can be made,” Dr Leask said.

She says the current system requires objecting parents to visit a doctor or nurse and have a discussion about the risks before being able to complete their family tax benefit paperwork.