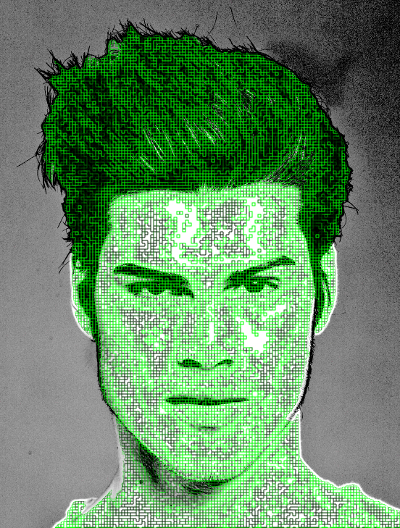 Many people believe they have a doppelganger; someone else walking the planet that is completely identical to them.

However, new research has estimated the likelihood of two people sharing the exact same face.

The chances are in excess of one in a trillion.

She found that when seven facial metric traits were used (measurements of the head and facial features), she was unable to find any two faces that matched.

Furthermore, through mathematical equations, she discovered that by using a combination of eight facial metric traits, the probability of finding two faces with the same measurements in the general population was less than one in a trillion.

The study was published in the journal Forensic Science International.

Ms Lucas says this study has provided much-needed evidence that facial anthropometric measurements are as accurate as fingerprints and DNA when it comes to identifying a criminal.

“The use of video surveillance systems for security purposes is increasing and as a result, there are more and more instances of criminals leaving their ‘faces’ at a scene of a crime,” says Ms Lucas.

“At the same time, criminals are getting smarter and are avoiding leaving DNA or fingerprint traces at a crime scene.”

“Until now, using facial anthropometric measurements to convict a suspect of a crime didn’t stand up in court because there was no proof that no two faces were the same.

“This study has provided overwhelming evidence that facial anthropometric measurements are an effective means for identifying a perpetrator when video or photographic surveillance has captured a crime,” she said.

Professor Maciej Henneberg, co-author of the research, says there are two ways to analyse facial traits.

“The use of ‘descriptive’ traits involves adjectives such as ‘wide’ and ‘curved’ to categorise facial features such as the nose, while ‘metric’ traits most commonly involve measuring the distances between specific points on the face,” says Professor Henneberg.

“Descriptives are not considered a reliable method of evaluation because a trait such as the colour of someone’s eyes is subjective.

“In our study, we solely used metrics [facial anthropometric measurements] of individual’s heads, noses, eyes and lips, which were collected by people qualified in anthropometry.

“With what we now know about facial anthropometric measurements, we can measure a suspects’ face, compare it to a face captured on video surveillance images and determine if it is the same person,” he says.

The research unit is now looking at how they can use mathematics to quickly and accurately collect facial anthropometric measurements from video surveillance images. They will also use the findings of this study to aid police in forensic investigations.