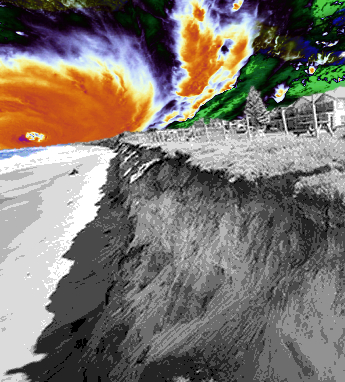 CSIRO and the Bureau of Meteorology have released the State of the Climate Report 2022.

The latest report shows changes to weather and climate extremes are happening at an increased pace across Australia.

The review, released every two years, draws on the latest climate monitoring, science and projection information to detail Australia’s changing climate now and into the future.

Director of CSIRO’s Climate Science Centre, Dr Jaci Brown, says concentrations of greenhouse gases, such as carbon dioxide, are at the highest levels seen on Earth in at least two million years.

“The concentrations of greenhouse gases in the atmosphere are continuing to rise, and this is causing Australia’s climate to warm,” Dr Brown said.

The report documents the continuing acidification of the oceans around Australia, which have also warmed by more than one degree since 1900.

“The warming of our oceans is contributing to longer and more frequent marine heatwaves, and this trend is expected to continue into the future,” Dr Brown said.

“The rate of sea level rise varies around Australia’s coastlines, but the north and south-east have experienced the most significant increases.”

“Australia's climate has warmed on average by 1.47 degrees since 1910,” Dr Braganza said.

“We’ve seen contrasting rainfall trends across the north and the south of the country.

“There’s been an overall decline in rainfall between April and October across southern Australia in recent decades, but in northern Australia, rainfall has increased across the region since the 1970s.”

During La Niña events in 2021-22, eastern Australia experienced one its most significant flood periods ever observed.

Dr Braganza said the length of fire seasons has increased across the country in recent decades.

“We’re expecting to see longer fire seasons in the future for the south and east, and an increase in the number of dangerous fire weather days,” he said.

The full report is accessible in PDF form, here.