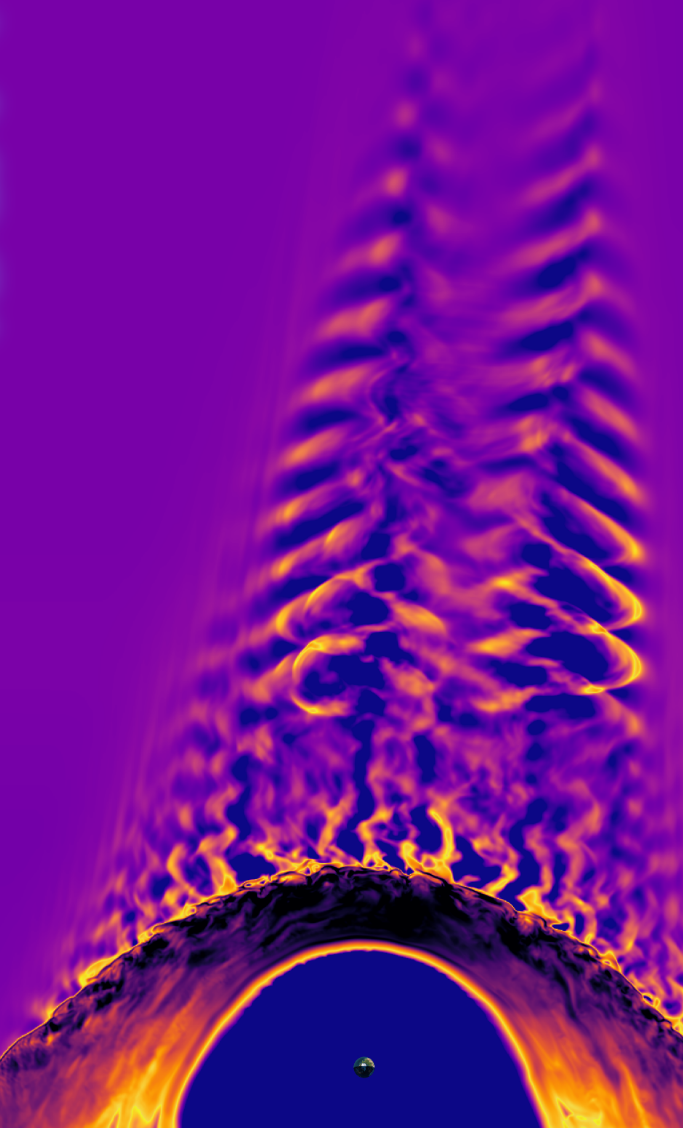 New recordings show the Earth singing a strange song when the Sun is having bad weather.

Data from the European Space Agency’s Cluster mission, which examines our planet’s magnetic environment, has provided a recording of the eerie tones that the Earth produces when it is hit by a solar storm.

The song comes from waves that are generated in the Earth’s magnetic field by the collision of the storm. The storm itself is the eruption of electrically charged particles from the Sun’s atmosphere.

ESA’s Cluster consists of four spacecraft that orbit Earth in formation, investigating our planet’s magnetic environment and its interaction with the solar wind – a constant flow of particles released by the Sun into the Solar System.

As part of their orbits, the Cluster spacecraft repeatedly fly through the foreshock, which is the first region that particles encounter when a solar storm hits our planet.

The team found that in the early part of the mission, from 2001 to 2005, the spacecraft flew through six such collisions, recording the waves that were generated.

The new analysis shows that, during the collision, the foreshock is driven to release magnetic waves that are much more complex than first thought.

When the frequencies of these magnetic waves are transformed into audible signals, they give rise to an uncanny song that is more reminiscent of the sound effects from a science fiction movie than from a natural phenomenon.

In quiet times, when no solar storm is striking the Earth, the song is lower in pitch and less complex, with one single frequency dominating the oscillation.

“It’s like the storm is changing the tuning of the foreshock,” Dr Turc said.

Not only does the frequency of the wave change but it also becomes much more complicated than the single frequency present in quiet times. Once the storm hits the foreshock, the wave breaks into a complex network of different, higher frequencies.

A paper on the discovery is accessible here (PDF), while recordings from a quiet period and during a solar storm can be heard below.