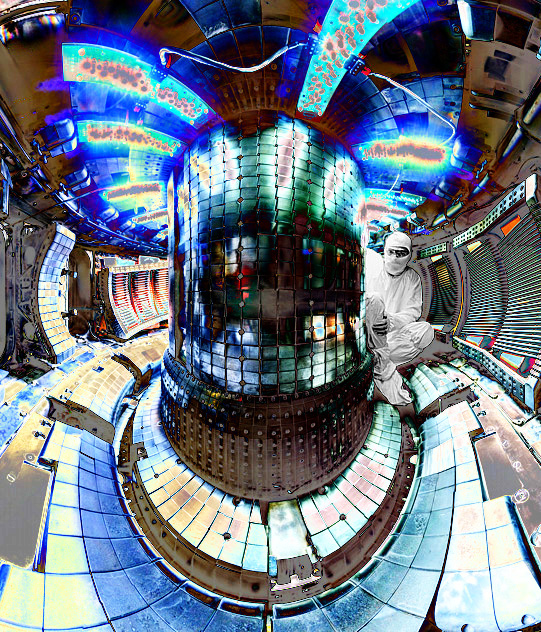 Researchers have created a database of electron-molecule reactions in the pursuit of nuclear fusion power.

The Curtin University study is supplying data to the International Thermonuclear Experimental Reactor (ITER) - one of the largest scientific projects in the world aimed at developing fusion technology for electricity production on Earth.

The calculations and the resulting collision database should play a crucial role in the development of fusion technology.

“Fusion is the nuclear reaction which occurs when atoms collide and fuse together, releasing huge amounts of energy.

“This process is what powers the Sun, and recreating it on Earth requires detailed knowledge of the different types of collisions which take place in the fusion plasma - that’s where my research comes in.”

The molecules they looked at are the ones that form from atoms of hydrogen and its isotopes, which play an important role in fusion reactors.

“Until now the available data was incomplete, however our molecular collision modelling has produced an accurate and comprehensive database of more than 60,000 electron-molecule reaction probabilities which, for the first time, has allowed a team in Germany to create an accurate model for molecular hydrogen in the ITER plasma,” Mr Scarlett said.

“This is significant because their model will be used to predict how the plasma will radiate, leading to a better understanding of the plasma physics, and the development of diagnostic tools which are vital for controlling the fusion reaction.”

The research project was funded by the United States Air Force Office of Scientific Research as part of an international research endeavour to harness fusion power as a future energy source.