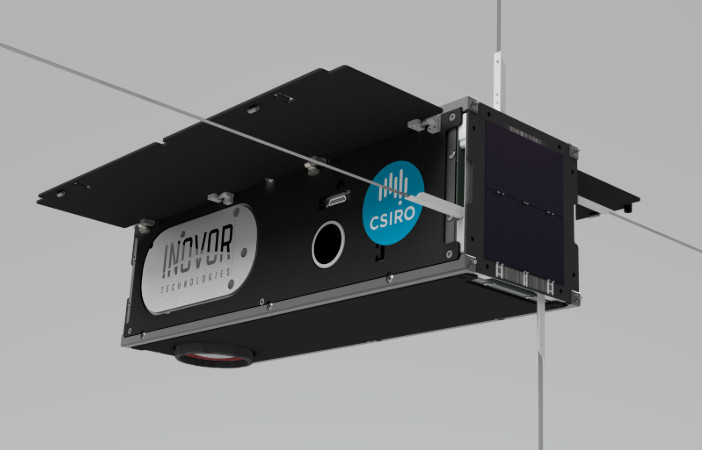 CSIRO says its new satellite will help lift the veil on our extreme environment.

The new satellite, to be known as CSIROSat-1, will allow researchers to ‘see’ features that cannot otherwise be seen using satellite imagery in the visible spectrum.

Although the satellite is a pilot and relatively small, the data collected will be valuable for detecting land cover changes such as flooding events or deforestation, detecting bushfires through smoke, and studying cloud formation and the development of tropical cyclones, as well as many other applications.

Traditionally, satellites are about the size of a refrigerator, have long production and assembly schedules, and are expensive to develop and launch.

CubeSats are miniaturised cube-shaped satellites units, with a single unit being about 10 cubic centimetres.

In addition to enabling scientific research, CSIROSat-1 is a demonstration project, aimed at furthering development of the technology to support growth of Australia’s advanced manufacturing, imaging and data processing capabilities for small satellite systems.

Expected to be launched in 2020, the $2 million project will be funded by CSIRO, a grant from the Science and Industry Endowment Fund, and in-kind support from industry partners.