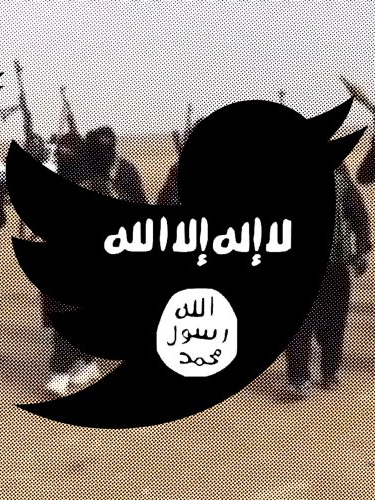 The digital literacy of a major terrorist group has been questioned again, after ISIS fanboys gave away their secret locations.

Internet users have tracked down the locations of images posted by Islamic State (IS) militant group supporters.

IS told its supporters to post images of themselves in major cities in an attempt to appear more like a coherent worldwide network.

Most of the accounts were on the secure messaging app Telegram, and shared photos of handwritten notes held up against city backdrops.

The messages used an Arabic hashtag promoted by IS in the hours before the campaign.

The online push was timed to coincide with an address by IS spokesman Abu Muhammad al-Adnani, which appeared as an audio recording on IS Twitter accounts over the weekend.

The speech was not particularly remarkable, except that it hinted that IS was preparing to lose large amounts of territory.

“Meanwhile... #ISIS fanboys who came out of the woods to support an all-in-all quite boring speech are getting geolocated,” security expert Michael Horowitz wrote on Twitter.

Eliot Higgins, the founder of citizen journalism site Bellingcat, shared the images so that internet users could help find their locations.

Suggestions about cities and even specific streets started flooding in as the citizen sleuths narrowed down features in each image, even comparing them to stock photos and Google Streetview.

The Telegram app removes GPS information and other metadata usually embedded into image files, but it did not stop the dedicated digital detectives.

The location of one of the photos was narrowed down to specific GPD coordinates by Twitter users who compared it with a map of every advertising pillar in Muenster.

The people behind the push to identify IS supporters say they hope that law enforcement will take notice of the images and investigate further.

ISIS Fanboy number 4 geolocated in Holland, thanks to the many of you that helped https://t.co/ZjUBXaSxIR pic.twitter.com/XW5i0p7cjA

ISIS Fanboy number 4 was geolocated to this spot in Holland https://t.co/6akdIySqjv pic.twitter.com/XK6q60hrDZ