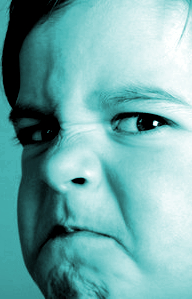 Childcare workers will strike in September, with their union claiming the sector needs a serious overhaul.

Union members voted this week to take strike action on 7 September - Early Childhood Educators Day - to highlight the issues caused by “more than a decade of inaction”.

The strike will see hundreds of childcare centres shut on a day usually set aside to celebrate early childhood educators.

“Without change, the new Labor government is going to fail in its attempt to make early education more affordable and more accessible,” according to Helen Gibbons of the United Workers’ Union.

“We’re already seeing rooms close and enrolments be turned away because there’s not enough staff. I think that the government will take this seriously. What we’re saying to them is you need to make it a priority.”

“The first one is to give us a reason to stay and pay us what we’re worth,” Ms Gibbons told reporters.

“They can be paid as little as $24 an hour, even though they’re qualified, they’re experienced and they have such an enormously responsible job.

“And the final thing that they’re calling for is to put children before profit. We’re really looking for, not just a change of wages and conditions, but to take this opportunity to really rethink early education and reform the whole sector. There’s been nearly a decade of band-aids and the band-aids have run out. It’s time to actually fix the problem.”

“Our early childhood educators play a vital role, not just for children and families but also the wider economy, and they deserve to be recognised and valued consistent with that critical role,” she said.

“Labor is lifting the maximum childcare subsidy rate to reduce the cost of childcare for families, and will be asking the Productivity Commission to review the sector and the ACCC to examine the relationship between funding, fees, profits and educators’ salaries.

“Early childhood educators are taking action to see issues in the sector addressed, and I’ll be working constructively with all stakeholders including the educators to improve the sector.”