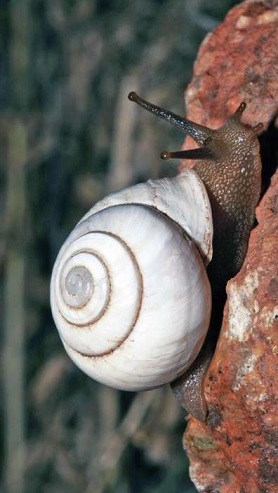 A new book has added 25 species to the thousands which inhabit a small island area off the north west of Australia.

The book is the result of eight years' work by researchers from Curtin University, and it has shined the first light on a new snail, two spiders, a silverfish, 21 kinds of flies, and one new genus of wolf spider.

‘The Terrestrial Invertebrate Fauna of Barrow Island’ now stands as one of the most comprehensive surveys of creepy-crawlies on any island in Australia, following the survey directed by Curtin entomologists Professor Jonathan Majer, Dr Nihara Gunawardene and Dr Christopher Taylor.

To take an accurate count of the estimated 2500 species on Barrow Island, the team had to design a special sampling program involving traps and other techniques to capture invertebrates from leaf matter, shrubs and floating in the air.

“Within our unique surveillance program, 2,500 species were predicted to be living on the island, and we have already identified 2,400 of them,” Professor Majer said.

“We will never be able to identify all species, as many are coming and going, but we have come amazingly close.”

The project started as part of Chevron Australia’s obligations to protect the environment of Barrow Island and restrict introduced species. The oil company commissioned Curtin entomologists and 30 international taxonomists to take a tally.

“We had to develop sampling protocols for all parts of the island to ensure all fauna was surveyed at any given site, rather than just employing one technique as is usually done when sampling,” Professor Majer said.

As one would, the scientists attached their own names to the taxonomic definitions of the newly-discovered bugs.

The Majerthrips barrow has Professor Jonathan Majer as its namesake.

The new book comprises an incredible 22 scientific papers written by a total of 43 authors using data from more than 20 years of collecting.

‘The Terrestrial Invertebrate Fauna of Barrow Island’ has been launched at the opening of Chevron Australia’s Big Bugs of Barrow photographic exhibition this week. The show is open to the public daily until November 22 and is located in the foyer of the QV1 Building in Perth.