Ceiling safety taken to the top 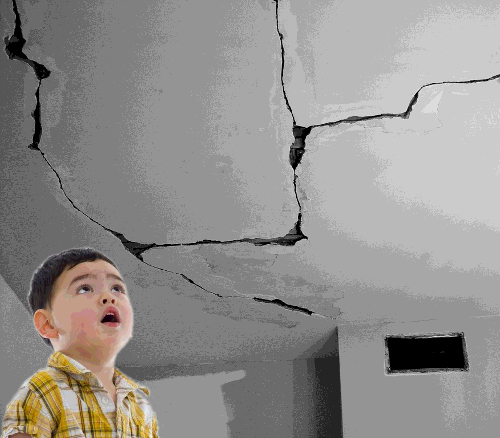 School is meant to be about expanding young minds, but ceiling safety issues in WA mean some schools are more likely to compress them.

More than 60 public schools in WA have at least one classroom ceiling at a high risk rating for collapse.

The revelation has prompted the WA Opposition to call on the LNP government to resolve the issue.

Labor has attacked the Barnett Government for running a $500,000 online advertising campaign while school ceilings fall into disrepair, saying it showed the Government was not focusing on important issues.

WA Education Minister Peter Collier says the problem is “minuscule” in the contexts of the state’s 800 public schools.

The risks were made very real when a section of the ceiling at Medina Primary School in Perth's south collapsed on 20 pre-primary students last year.

“The $500,000 the Government is spending on its Bigger Picture Education advertising campaign would fix 14 of those ceilings,” Ms Ellery said.

“Instead of spending that $500,000 on a video for its website, what it should be doing is getting those ceilings fixed much quicker than it is, and making sure the risk to children sitting in classrooms is fixed.”

But Mr Collier insisted the Government was making schools safe.

“Yes it is a lot of money but it is $500,000 in a total budget of $4.8 billion and we are talking about major reforms to the Australian education system,” he said.

“It is incumbent upon me to ensure the West Australian public are informed of those changes.

“We have got to be mindful of the safety aspect and that is why we have spent $170 million on maintenance in this last year alone,” Mr Collier said.