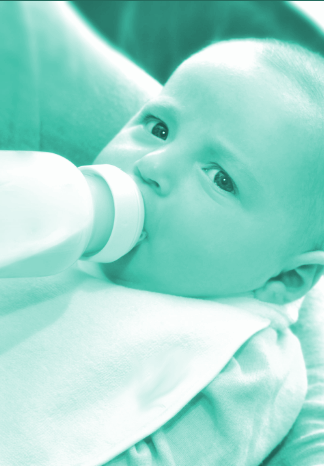 International research suggests babies are consuming as many as 16 million microplastic particles in a litre of formula.

Researchers have tested microplastic release in ten types of infant feeding bottles - representing the majority of the bottles found in the global online market - under World Health Organization-recommended sterilisation and formula preparation conditions.

They estimated that, on average, infants are exposed to 1.6 million microplastic particles per day during the first 12 months of life when fed using polypropylene-based bottles.

The authors conclude that infants may be exposed to higher levels of microplastics than previously thought.

Professor Oliver Jones is from the School of Science at RMIT University has reflected on the results.

“The findings of this paper may sound quite scary, at first, but we should keep in mind the research only looks at potential microplastic exposure, it does not look at potential effects of such exposure,” Prof Jones said.

“Indeed, we really know very little about the effects of microplastics on children - or adults for that matter.

“The particles in the study are listed as being around 1-3 micrometres in size (for comparison, a printed full stop in a newspaper is ~300 μm across); it is quite possible they just pass out of the body very quickly.

“We also need to keep in mind that the final numbers in this paper are not measurements but estimates from a model - and any mathematical model is only as good as the data you put into it.

“In this case there is a fair degree of uncertainty since the authors estimate how many bottles were in use in different countries by scraping sales data from the internet - mostly Amazon. They also assume each bottle shed microparticles the same way as in the lab tests, which they may not.

“This means the numbers listed in the paper should be treated as indications, not absolutes. We certainly should not be making parents feel bad for using plastic bottles.

“The above non-withstanding, this study is another piece of the puzzle that illustrates that microplastics problem is likely much bigger than we think.

“This issue is something we need to start really getting to grips with sooner rather than later,” he said.