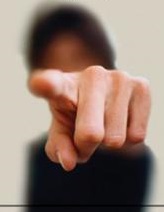 South Australia has launched its own version of the Safe Schools anti-bullying program.

Safe Schools supports same-sex attracted, intersex and gender diverse students, who have traditionally borne the brunt schoolyard harassment and abuse. But the scheme has been the subject of a campaign slamming it for its focus on sexuality and gender.

The revised version will give parents the choice about whether their children take part, and will be fully funded by the state when the federal program expires at the end of June.

Principals will be required to “consult with the school community and seek governing council endorsement prior to adopting the initiative”, the State Government said.

Shine SA CEO Jill Davidson was “ecstatic” at the news.

“We were really concerned that the program might end at the end of June and it's been such a valued program, with over 70 schools [participating],” she told the ABC.

“We know that in the LGBTI population the depression and suicide risk is higher.”

Education Minister Susan Close said it may not continue to be called 'Safe Schools’, but reiterated the need for a specific program.

“LGBTI kids are grossly over-represented in self-harm and in feeling that they are unsupported by their peers. We need to directly combat that,” she said.

“Research shows that 80 per cent of the transphobic and homophobic verbal and physical abuse that these young people suffer occurs at school.”