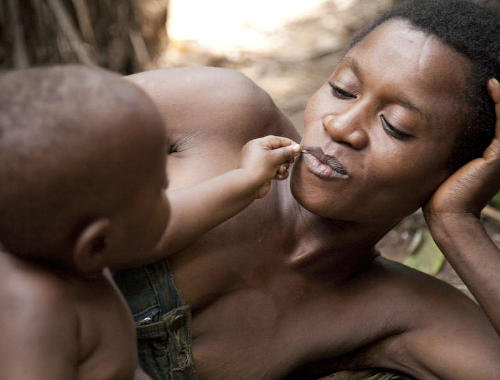 Researchers have used a small-scale and very specific study to suggest teaching is an innate human behaviour.

The study started with a simple observation by anthropologist Barry Hewlett.

He noticed that when the Aka pygmies of central Africa stopped to rest between hunts, parents would give their infants small axes, digging sticks and knives.

To many parents living in the developed world, this could be seen as irresponsible, but in the years he has been working with them, Hewlett says he has never seen an infant cut themselves.

He has, however, seen the exercise as part of the Aka way of teaching - an activity that most researchers consider rare or non-existent in such small-scale cultures.

Dr Hewlett has gone against this conventional wisdom, completing a small but novel study of the Aka that concludes; “Teaching is part of the human genome.”

“It's part of our human nature,” said Hewlett, a professor of anthropology at Washington State University.

“Obviously, teaching as it exists in formal education is way different than the way it exists in small-scale groups that I work with. The thing is, there does seem to be something going on there.”

The Aka are some of the last of world’s last true hunter-gatherers, but their way of life has been the only one for 99 percent of human history.

This means they offer many exciting insights into who we are as humans, and the structure and practises that have led us to the modern day.

In Aka society, a high value is placed on individual autonomy, in addition to sharing and egalitarianism, so they do not tend to intervene with one another’s behaviour.

It appears this extends down to their parenting styles, as they do not shudder at the thought of giving sharp objects to any children, let alone 1-year-olds.

After he saw the Aka teaching infants how to use various tools, Dr Hewlett was told by social-cultural anthropologists that the activity was “just play”, but he thought there must be something more.

To their credit, said Hewlett, social-cultural anthropologists have recognized that teaching can be done outside a formal setting.

“The downside to that is they hadn't looked at teaching more broadly as part of human nature,” he said.

This is when Dr Hewlett became intrigued by the thinking of cognitive psychologists like Gyorgy Gergely.

Gergely described an innate form of teaching called “natural pedagogy”, in which a teacher directly demonstrates skills by, for example, pointing, gazing or talking to a child, who in turn use the cues to imitate and learn about new objects.

Hewlett videotaped five male and five female 12- to 14-month-old infants for one hour each, usually in a naturalistic setting in or near their camp.

He said would have liked to videotape more, but a nearby civil war in the Central African Republic made that impossible.

Later, Dr Hewlett, one of his associates, and a person unfamiliar with the hypothesis coded the taped behaviour, identifying moments when an adult modified their behaviour to enhance learning – the most minimalist definition of teaching.

The researchers documented 169 discrete teaching events, like a caregiver demonstrating how to use a knife.

Almost half lasted less than three seconds, but included positive and negative feedback, demonstrating activities, pointing, giving verbal instruction and “opportunity scaffolding”, like providing a digging stick and the chance to use it.

Dr Hewlett said he was surprised to see how frequently the Aka teach their infants, and that over 40 percent of the time, infants imitated skills to which they were exposed.

On average, for less than four minutes average of teaching, they practiced skills for more than nine minutes.

Dr Hewlett said he came to appreciate the value of letting the child learn on their own.

“We know learning can be very rapid when it is self-motivated,” he said.

“When you take away the autonomy of the child - that impacts the self-motivation of the child.”

He suggests there could be benefits for all parties.

“It's important to remember that, cognitively, teaching occurs both in the teacher as well as in the child,” Hewlett added.

“The child needs to know that these particular cues mean something and the teacher knows how to use these particular cues to draw attention to knowledge that may not be clear to the learner. It's a co-evolution in the sense that it's happening both with the child and the so-called teacher.”