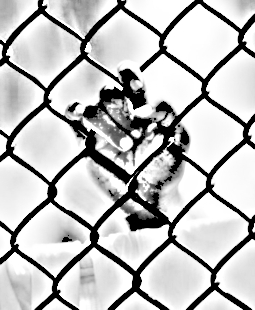 Immigration Minister Peter Dutton appears in a new video spruiking the Cambodian solution to asylum seekers, while one of his most vocal opponents accuses him of torture.

A pre-recorded video is being shown to asylum seekers individually and on monitors in the Nauru detention centre.

In it, Mr Dutton extols the benefits of a Cambodian relocation offer, which included cash, employment help, housing, language training, and health insurance.

“Cambodian settlement presents a great opportunity for refugees to move forward and begin the next phase of their lives in a country that is free from persecution,” Mr Dutton said in the video.

“Cambodia provides a wealth of opportunity for new settlers.

“It is a fast-paced and vibrant country with a stable economy and varied employment opportunities,” Mr Dutton claims.

The unemployment rate in Cambodia is quite low – just 1.4 per cent – but this is largely due to the fact that 80 per cent of the workforce is employed in the ‘informal sector’, where wages are often unregistered, unregulated and low.

“It is a diverse nation with a blend of many nationalities, cultures and religions,” Mr Dutton continues.

“You will be able to establish yourself and your family in a safe and stable environment on a permanent basis.

“There's no guarantee that this level of support will be offered to people who wait and do not commit to this first group.

“Please take advantage of the Cambodia settlement hotline,” he said.

Some have accused Australian immigration officials of approaching asylum seekers in the Nauru detention centre about resettlement in Cambodia, which could contravene the agreement between the two countries.

The memorandum of understanding between Australia and Cambodia specifies that the transfer offer should only be given to people whose claim for refugee status has been approved.

Meanwhile, Greens Senator Sarah Hansen-Young has accused the Immigration Minister of mentally torturing a 5-year-old PTSD victim by keeping her in detention.

The young girl being held along with her parents in Darwin has been diagnosed with post-traumatic stress disorder (PTSD) from of her experiences in the detention centre on Nauru.

The girl’s father says her mental health is deteriorating, but the family has been told it will soon be transferred back to Nauru.

The girl is mentioned in a Save the Children report as having displayed sexualised behaviour on Nauru.

Psychiatrist Peter Young - who worked until last year for a company contracted t to provide mental health assessments to people in detention – said the situation was a familiar one.

“Unfortunately ... the department will not take medical advice about what should be done in the best interests of managing people's health conditions,” he told the ABC.

Senator Hanson-Young has written to Mr Dutton, imploring him to listen to the advice of experts and free the child out.

“That's a repugnant statement, even beneath Sarah Hanson-Young, particularly given that 1,200 people died at sea while the Greens were in government with Labor,” he said.

Lawyers are planning action in the Federal Court in the hope of seeing the family placed under community visas in the custody of their family in Sydney.