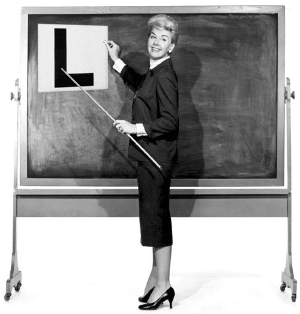 The study tracked almost 21,000 young drivers for more than a decade after they took part in a resilience program in Year 11.

It found those that participated in the classes were much less likely to have a car crash during their early years behind the wheel.

“What this shows us is that setting up youth to be safer, responsible drivers early has real potential to reduce their lifetime risk of a crash that is significant enough to warrant police attendance.”

The RRISK program brought together Grade 11 students from various schools for a one-day seminar, preceded and followed by multiple peer-led, teacher and parent support activities. It included service providers and local organisations that offered support and promoted a culture of safety.

“We found that young people who took a resilience education program rather than just a knowledge and attitudes-based driver education program had better driving records after two years, and even now,” Dr Senserrick said.

“The resilience program addressed common youth risks including alcohol and drugs, and how to minimise risk through forward planning and back-up strategies like having a face-saving excuse ready to leave a party or refuse a ride with an impaired driver.

“The findings have implications for the array of driver education programs implemented through schools across Australia.

“Focusing on empowerment to make good decisions and develop personal strategies rather than just on increasing knowledge is key.”

Professor Senserrick said resilience programs would not eliminate crash risk but had potential to reduce the risk of crash over a lifetime if people received the education much earlier.

“It can be too late if we wait until a young person starts to drive before teaching them how to be a resilient driver—or even a passenger of another young driver,” she said.

“Reports show young people start to engage in risk behaviours like drinking or smoking around 11 or 12 years of age. Habits are a lot harder to change when you’ve been doing them for years.

“Our research shows that setting young drivers up with the right mindset and habits early can reduce their risk of a crash, even over a decade on.”

She also suggests the adoption of one-on-one interventions for road safety once someone is fully licenced and driving.

The full study is available here.