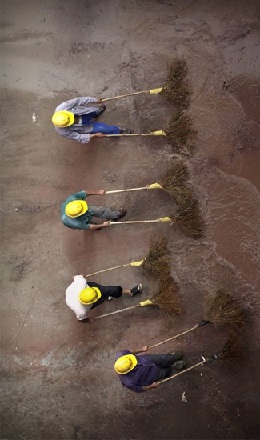 Foreign workers will be slugged thousands of dollars for public education in Western Australia, for services that are free to everyone else.

A new state policy means that 457 visa holders will have to pay for the same education that other taxpayers get for free. The policy announced last month by treasurer Troy Buswell if enforced would charge a migrant worker $4,000 a year – a giant leap from the current fee of $60.

Backlash in the last few weeks has led the WA government to soften the blow, amending the policy to charge $4000 for the first child in a family only, and $2000 for subsequent kids. Fees are to be introduced in 2015.

The cost is still too much for many, with 457 visa holder Mr Alan Eduliantes saying he and others in the community simply cannot afford to pay for the right to education.

“It would be too much for them to pay $4000 a year... some of my friends are thinking of sending their children back to the Philippines to continue their studies...some are even contemplating to go to other states,” Mr Eduliantes said.

The fee is the WA government’s response to swelling student numbers, blamed on a local baby boom and influx of 457 visa migrant workers.

The 457 visa specifically allows trained workers to come over and fill shortages in the Australian job market. Immigration lawyer Alan Chanesman said the extra education fees will stop people wanting to work in WA, a state still crying out for a bigger workforce.

Mr Chanesman said more 457 visa workers were needed on sites where otherwise nobody would work: “Australians do not want to travel to regional Australia, particularly, regional Australia in the West where living conditions are really tough.”

“We need the skilled migrants to help build our economy and they're doing so much for our community, our society, the economic improvement of Australia,” says Carmelita Baltazar from the migrants’ advocacy group Migrante.