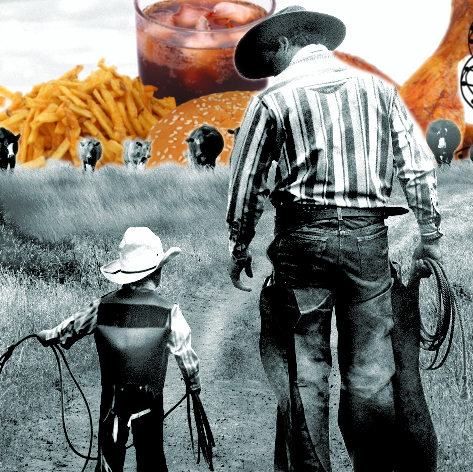 New evidence suggests a father’s diet can influence their unborn children – before they are even conceived.

In the latest evidence that parents' lifestyle and environment influences the health of their offspring, researchers from Denmark have found that diets can affect the epigenetic information contained in sperm cells.

Researchers at the University of Copenhagen compared sperm cells from 13 lean men and 10 obese men and discovered that the sperm cells in lean and obese men, respectively, possess different epigenetic marks that could alter the next generation's appetite.

“Our results imply that weight loss in fathers may influence the eating behaviour or their future children.”

A second major discovery was made as researchers followed six men before and one year after gastric-bypass surgery (an effective intervention to lose weight) to find out how the surgery affected the epigenetic information contained in their sperm cells.

The researchers observed an average of 4,000 structural changes to sperm cell DNA from the time before the surgery, directly after, and one year later.

“Epidemiological observations revealed that acute nutritional stress, e.g. famine, in one generation can increase the risk of developing diabetes in the following generations,” Romain Barrès states.

It adds to the findings of one of the best-known epigenetic research projects so far – Sweden’s Överkalix study.

The Swedish study showed that a time of famine correlated with the risk of villagers’ grandchildren developing cardiometabolic diseases.

The grandchildren's health was likely influenced by their ancestors’ gametes (sperm or egg), which carried specific epigenetic marks - chemical additions to the protein that encloses the DNA, methyl groups that change the structure of the DNA once it is attached, or molecules also known as small RNAs.

“In our study, we have identified the molecular carrier in human gametes that may be responsible for this effect,” says Barrès.

By detecting differences in small RNA expressions (where the function is not yet determined) and DNA methylation patterns, the researchers have proven that weight loss can change the epigenetic information men carry in their spermatozoa.

In other words, what is transmitted in the father's sperm can potentially affect the development of a future embryo and, ultimately, it can shape the child's physiology.

“We did not expect to see such important changes in epigenetic information due to environmental pressure,” says Barrès.

“Discovering that lifestyle and environmental factors, such as a person's nutritional state, can shape the information in our gametes and thereby modify the eating behaviour of the next generation is, to my mind, an important find.”

“Today, we know that children born to obese fathers are predisposed to developing obesity later in life, regardless of their mother's weight,” says Dr Ida Donkin, one of the lead authors of the paper.

“It's another critical piece of information that informs us about the very real need to look at the pre-conception health of fathers.”

“The study raises awareness about the importance of lifestyle factors, particularly our diet, prior to conception. The way we eat and our level of physical activity before we conceive may be important to our future children's health and development,” says Soetkin Versteyhe, co-first author of the paper.

The complete study is available in PDF form, here.