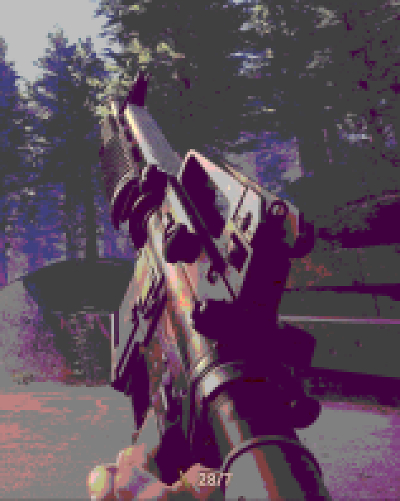 A new meta-analysis has found no long-term link between violent video games and youth aggression.

Society and scholars continue to debate whether violent video games have a long-term impact on youth.

The new meta-analysis considered data from 28 long-term outcome studies with approximately 21 thousand participants to examine the impact of violent game play on aggression.

Overall, evidence suggested that violent video games did not have an appreciable impact on later aggression.

The authors argue that regulation of violent games is unlikely to reduce aggression in real life.

In fact, the study points out that the relationship between violence in games and aggression is so small that “potatoes or eyeglasses” would be a better candidate for banning, as they have stronger effect sizes.

Lead author of the study Dr Aaron Drummond says his team “found an extremely small effect of violent game play on aggression, which in our view is too small to be practically meaningful”.

“More importantly, we found that high-quality studies typically had effect sizes which were statistically indistinguishable from zero, implying no significant relationship between violent gameplay and aggression in the highest quality studies.

“We also found evidence that longer time periods were associated with smaller changes in aggression suggesting that, contrary to previous suggestions, violent gameplay does not cumulatively increase aggression over time.

“Taken together, the results strongly imply that violent games do not meaningfully increase the aggressiveness of players over time.”

Game development expert Dr Simon McCallum says the results are of little surprise. He points to previous studies that show youth violence has decreased as game playing has increased.

“Large groups of computer game players spend time with each other without any violence, whereas over the weekend, [some New Zealand] school boys were stood down for having a punch-up after a rugby game,” he said.

“This sort of violence is extremely rare at computer gaming events.”

He said parents can play a much larger role than video games.

“Parents can be reassured that they are not terrible parents if their children have played violent video games,” Dr McCallum said.

“What we as parents should do is play games with our kids and explain fantasy versus reality. Having conversations about content is far more important than shielding them from content.