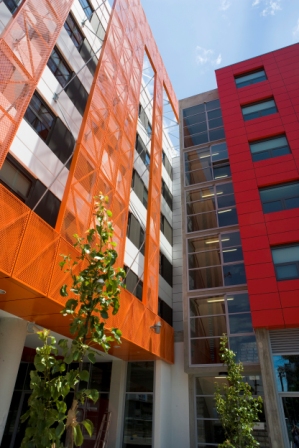 The University of Canberra has pledged to provide housing for all first-year domestic students as well as all international students from next year.

The promise comes after the University spent millions over several years constructing and upgrading it accommodations facilities.

Previously, Canberra has struggled with a lack of student accommodations across its universities. The University of Canberra has made the unusual promise in an effort to redeem the opinions of people who had been put off by the lack of affordable options in the past.

“We hope this provides peace of mind for the students and their parents and families by relieving the stress they can face in trying to find accommodation,” vice-chancellor Professor Stephen Parker said.

A first-year student can secure a single room for about $141 per week, a figure sitting below the market rate thanks to a Federal Government subsidy.

The benefits extend outside of the academic arena too, says Professor Parker.

“By ensuring the availability of student accommodation we are also reducing the pressure on rent prices in Canberra's affordable housing market, as these students now won't have to compete for a room with families and people moving to the ACT for work,” he said.

A recent trip to China exposed Professor Parker to the tension caused by the extreme competitiveness for enrolment and housing in other nations.

Spare rooms will reportedly be offered to second and third-year students who express interest.

The roof over students’ heads will be provided by Campus Living Villages, Arscott House and Uni Lodge. It will also include Weeden Lodge, which opened in the Belconnen town centre last year.

More upgrades will open throughout the year, including a new wing for Weeden Lodge and the eight-story Cooper Lodge on campus.