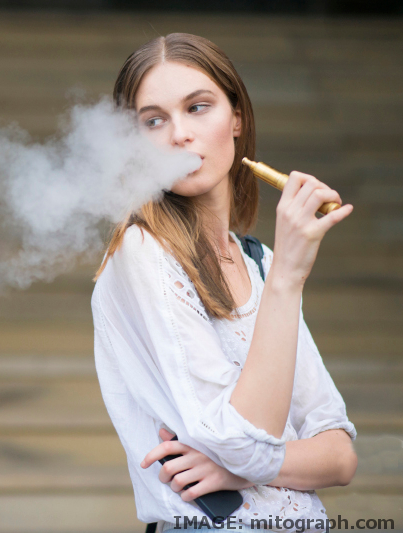 The observed ‘gateway’ effect of e-cigarette use among teens is “likely to be small,” with only a tiny proportion of experimental vapers going on to smoke regular cigarettes, suggests new research.

If anything, young vapers are less likely to go on to smoke regular cigarettes than their peers who try out other tobacco products first, the findings indicate.

The potential ‘gateway’ impact of e-cigarettes on teen smoking uptake has been hotly contested. Several studies have linked teen vaping to a heightened risk of smoking.

However, most of these studies have looked only at initial uptake, and not continued use, say the researchers.

To try and produce a more nuanced analysis of the issues, researchers compared first experimentation with different types of tobacco products among nearly 40,000 US teens, using responses to the National Youth Tobacco Survey for 2014-17.

This was done using a statistical technique that mimics some of the features of a clinical trial and reduces the influence of other outside factors.

The most common ‘starter’ product was cigarettes, the findings showed, followed by other combustibles, e-cigarettes, and non-combustibles.

Less than 1 per cent of teens who tried e-cigarettes became established smokers, a proportion that was significantly smaller than any other category.

“This underlines the fact that cigarettes act as a much more important gateway for any product use,” they explain.

“Over the time period considered, e-cigarettes were unlikely to have acted as an important gateway towards cigarette smoking, and may, in fact, have acted as a gateway away from smoking for vulnerable adolescents….The postulated gateway effect is likely to be small.”