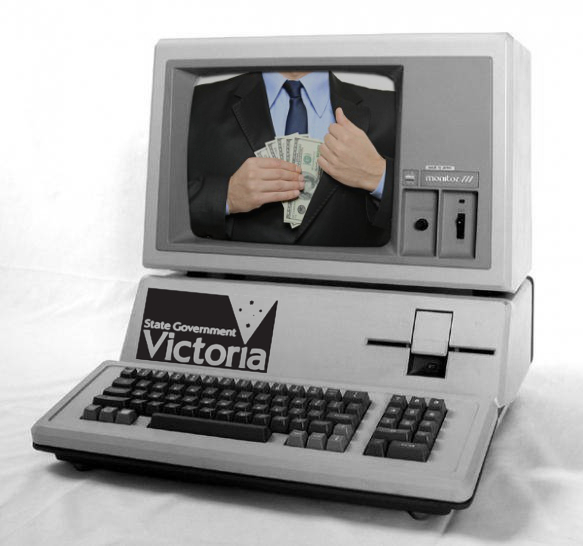 Victoria’s corruption watchdog has detailed the mind-bending waste of money that was the ‘Ultranet’ online education portal.

Ultranet was designed to be an online teaching and learning platform for all Victorian government schools.

But senior education department staff on the Ultranet project were so corrupt, inept, and conflicted in their interests that the shambolic program ended up costing the taxpayer between $127 and $240 million, the Independent Broad-based Anti-corruption Commission (IBAC) investigation showed.

The state received absolutely nothing for its money, as the program had to be scrapped in 2014.

An IBAC report tabled in Parliament this week said the tender process for the portal was improperly influenced by Darrell Fraser, the principal at Glen Waverley Secondary College.

“This investigation found that, from a position of power as a senior executive responsible for the allocation of significant funds, Mr Fraser was instrumental in manipulating procurement processes to ensure the Ultranet contract was awarded to the CSG/Oracle consortium,” it said.

“Companies with whom he had a long-standing relationship.”

IBAC also found Mr Fraser attempted to influence the outcome of the tender process by “stacking” important assessment teams with colleagues willing to favour his plans.

“Taken singly, many of the actions and behaviours by these public servants would be of concern. Taken together, they show a disturbing pattern of improper behaviour,” said IBAC Commissioner Stephen O'Bryan QC.

IBAC called on the secretary of the Department of Education and Training to report on its efforts to reform rules for transparency, accountability and risk minimisation.

The watchdog also wants the Victorian Public Sector Commission to ban public sector employees from receiving gifts or benefits from a prospective supplier.

Department of Education and Training secretary Gill Callister has issued a statement saying the behaviours exposed by the IBAC investigation were clearly unacceptable.

“Many people within the Department and our school communities will feel greatly let down by the people they were entitled to trust,” she said.

Senior executives and employees involved in the Ultranet scam have either been dismissed or resigned, she added.