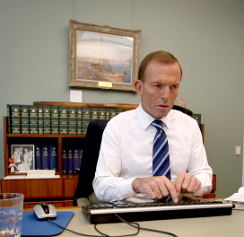 Speaking to hundreds of high school students at the Microsoft-led WeSpeakCode initiative on Friday, Turnbull said the future of Australian STEM education lies in coding, the “language of the 21st century”.

Turnbull’s call came the day after Labor leader Bill Shorten proposed a plan that would see computer programming added to the national curriculum.

“If we want to succeed, and continue to succeed as a prosperous first-world economy ... we need to be leaner, faster, more imaginative, more innovative, more technologically sophisticated, and the key tool for that is coding,” Mr Turnbull said.

But, as is often the case, the Communications Minister seems out of step with his colleagues.

Last week’s Budget contained no specific ideas for the federal government to encourage STEM education, and included cuts to research money that might have gone toward it.

At the same Microsoft event in Sydney, CEO and founder of Australian startup Local Measure Jonathan Barouch commented that while the budget had some help got startups, STEM education needs to move closer to the front of the national debate.