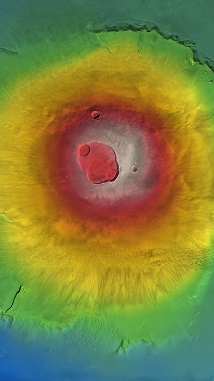 A shuttle launched in 2003 has sent back data from over 12,500 trips around Mars, the European Space Agency has now compiled it into a high-resolution fly-over.

Mars Express was launched ten years ago by the European Space Agency (ESA) to explore the red planet from orbit and on the ground. The landing of Mars Express’s little helper – Beagle 2, failed – and its sidekick was never heard from again. Still, the main bot has been in continuous service ever since, gathering data during thousands of orbits.

A video has been posted by the ESA and the German Aerospace Centre’s (DLR) planetary cartography team.

The team’s engineers achieved an incredible level of detail with some brilliant camera design. The Mars Express High Resolution Stereo Camera is capable of taking 2 square-metre shots of the ground, but it contains an array of nine individual image sensors. Each sensor sweeps the surface from a different observational angle, resulting in a very accurate 3D model of the surface. The flyover footage shows incredible ancient lava flows, massive mountains, and former riverbeds in incredible detail. Data has been extended right down to the slope of a mountain or the thickness of the lava bed.

The mission has been so successful over the years it has been extended five times, most recently committed-to until 2014.