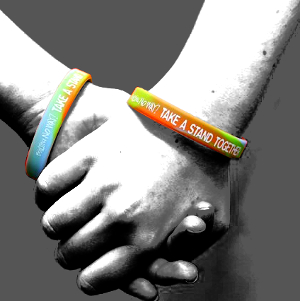 In a new study, researchers assessed the intentions of 437 Australian teachers to intervene when they saw LBGTQIA+ students being bullied.

They found that teachers were subliminally influenced by ingrained stereotypes, with attitudes towards gender having the strongest influence on teacher behaviours.

Specifically, the study found that teachers were less likely to intervene if they:

Teachers were more likely to intervene if they:

In Australia one in every two young people who identifies as a sexual and/or gender minority has reported experiencing verbal abuse, with almost one quarter being a victim of assault.

UniSA researcher and PhD student, Linda Parker, says that while most teachers are deeply connected with social justice issues and want to provide supports to LGBTQIA+ students, it is clear that they are without the necessary resources to understand the influence of unconscious bias.

“Far too many LBGTQIA+ students’ educations are marred by chronic bullying, harassment, and prejudice at school. And far too many teachers do not understand the influence of heteronormativity and unconscious bias on their own attitudes and professional practices.

“The challenge is that many teachers (and many of the general population) are influenced by unconscious bias – without the individual’s intention or awareness – so we need to find ways to address and change this.

“Failure to stop bullying can seriously affect students’ learning and wellbeing. Aside from immediate social isolation and distress, bullied students often skip school because they do not feel safe, which leads to falling behind in class and disengaged learning. In the long term, bullied students are also far more at risk of depression, substance abuse, and poor mental health.”