TAFE told to pay back NSW 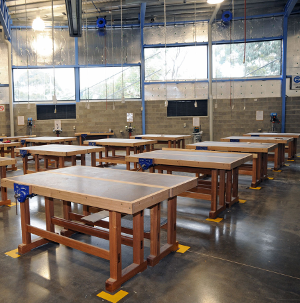 The Baird Government has been criticised for demanding TAFE hand back $210 million in “excess cash”.

Documents obtained by the NSW Opposition under freedom of information show the NSW Treasury demanded $250 million from TAFE in April 2015.

“Treasury, as part of a whole of government initiative to improve cash management, advised TAFE to reduce its cash balance by $250 million,” the Treasury document says.

“TAFE did not agree at that stage. Subsequent deliberations with TAFE have taken place, and TAFE has since agreed to repatriate $210 million of surplus cash via equity transfer to the Crown.”

Treasurer Gladys Berejiklian said TAFE wanted to hold on to the money.

“TAFE has indicated that the repatriated surplus cash may be required to fund TAFE's reform program in subsequent years,” Ms Berejiklian said.

“Decisions related to TAFE's future reform will be assessed on their merits through the normal budgetary review process.”

“At a time when the Government is forcing TAFE to sack thousands of teachers and hike up the course fees, we've learned that in fact Treasury has taken over $200 million from TAFE's own budget,” she told ABC reporters.

“Enrolments are nosediving, teachers are being sacked in droves, and it means that our young people cannot get their feet onto the skills ladder,” she said.

In the past five years, funding cuts have forced to TAFE to sack thousands of teachers and support staff.

“This was part of that overall cash management strategy which Treasury implements with all government agencies,” the Treasurer said.