Success in some parts of fight for Australian equality 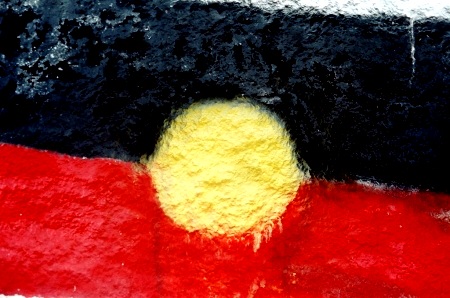 The latest report has shown some encouraging gains from attempts to close the gap in Indigenous education.

The Council of Australian Governments Reform Council has shown that after five years of the Closing The Gap initiative, education is improving while the unemployment divide widens.

It will be the final report from the COAG Reform Council on the efforts to create equality between Australians, as it will soon be scrapped in new budgetary measures.

It means there will no longer be an independent body to monitor the Indigenous health, education and employment targets.

The figures show that between 2008 and 2013, the gap in the proportion of Indigenous and non-Indigenous students who meet the national minimum standard for reading in Years 3, 5, 7 and 9 narrowed, as did the gap for Years 3 and 5 in numeracy.

Between 2008 and 2012–13 the gap in the proportion of Indigenous and non-Indigenous 20–24 year olds who attained Year 12 or equivalent decreased significantly, improving by 12.2 per cent.

In 2012–13, 59.1% of Indigenous Australians had attained Year 12 or equivalent, compared with 45.4% in 2008, boosted by significant improvements in NSW, the Northern Territory and the ACT.

The positive results in some education targets were tarnished by some negatives, with figures showing little or no progress in improve Indigenous life expectancy, early childhood education and employment outcomes.

Despite some good outcomes and clear directions on where improvement must be made, the COAG Reform Council will now be scrapped, which will see the Federal Government save $8 million by moving the responsibilities to Commonwealth departments or other COAG councils.

But several Aboriginal and Torres Strait Islander representatives are concerned that moving the reporting to an “in house” production would make it more vulnerable to spin and manipulation.

Kirstie Parker from the National Congress of Australia's First Peoples says there will be a risk that money could be wasted on ineffective schemes, if the reporting is not kept separate.

“There needs to be a measure of objectivity,” Ms Parker told the ABC.

“It's important that it be outside of the realm of the departments, the bureaucracy... that are meant to be administering programs that address these things.”

“We need this data, we need good data to see where we are going really well, and the parts that aren't working so well, we know we've got to put a bigger effort in those areas,” he said.

“If we don't have decisions made on the basis of the best evidence that we have available to us, we ... might as well be just making up things on the back of beer coasters again.”

Labor's Indigenous affairs spokesperson, Shayne Neumann, has told the ABC that the Abbott Government and some states are looking to avoid scrutiny. 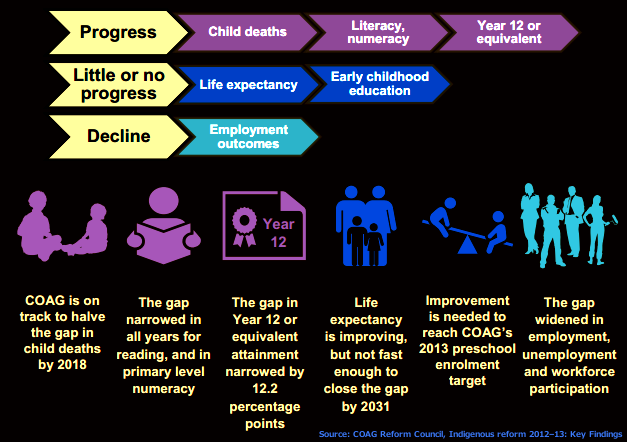