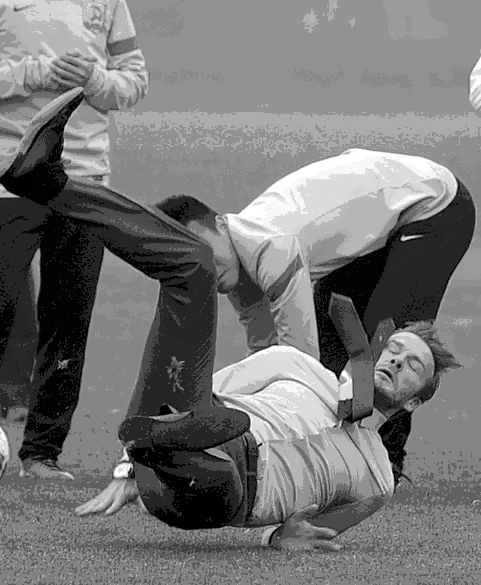 Researchers say that a sudden growth spurt can throw boys' brains off kilter, and they need some time to adjust to their new height.

Boys who grew at a steady rate were able to maintain their regular motor skills, the authors say, adding that more work will be needed to exclude things like biological and cognitive influences from the equation.

A sudden growth spurt during adolescence can lower teenage boys’ coordination and affect their gait, according to research published in the open access journal Biomedical Engineering OnLine.

The study looked at the causes of the lack of coordination in growing adolescent boys.

The researchers analysed different aspects of walking in 88 teenage boys, such as the smoothness of gait, step regularity and balance. All these characteristics are guided by motor control.

Boys who had growth spurts, defined as a height increase greater than 3cm in the three month period, showed a more irregular and less smooth gait than steadily growing teenage boys.

Lead author, Dr Maria Cristina, from the University of Bologna, Italy, said, “A sudden increase in height affects the body’s ability to control established motor skills, such as walking.

“Adolescents tend to show previous control of the body when growing up, but the motor control behaviour is organised on the body’s dimensions.

“Following a growth spurt, the body needs time to adjust to changes to the periphery, during which time a teenager may walk awkwardly, while teenagers who grow steadily are able to handle growth modifications better and so maintain smoothness and regularity when walking.”

A total of 88 teenage boys, all aged 15 years old, were measured and weighed. Height and weight were recorded again three months later. Nineteen teenagers showed growth spurts. This represented the ‘Grown’ group. The ‘Not Grown’ group included boys with a similar body mass index, but only had a height increase of 1cm or less.

The boys wore wireless sensors strapped to their lower back and on the lower legs to measure gait characteristics.

The sensors could detect movement of the body’s torso, indicating in which direction motor control was mostly affected.

The boys walked at a self-selected speed back and forth four times in a 10m long corridor.

They then had to perform a mental arithmetic task while walking to test the relative cognitive demand of gait control, counting backwards aloud by intervals of eight from a random starting number. Only the 19 boys that had a growth spurt repeated the walking tests after three months.

All the boys showed changes in their walking ability when having to simultaneously complete a mental arithmetic task. However, the ‘Not Grown’ group walked more smoothly and their stride was more regular compared to the ‘Grown’ group, particularly when performing the cognitive task demonstrating an increased demand in gait control.