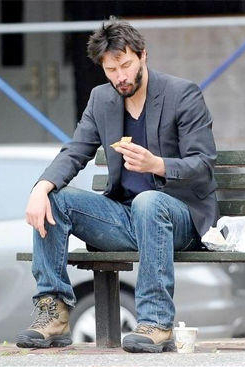 Research has shown that experiences bring better value-for-money than possessions.

To get the most enjoyment out of a dollar, a new study suggests focusing discretionary spending on experiences such as travel over material goods, as the enjoyment derived from experiential purchases may begin even before buying.

Previous studies found that people get more retrospective enjoyment and satisfaction from their experiential purchases than from their material purchases, and separate research has shown that people often hold off on experiences so that they can savour the thought of eventually having them.

The latest study looked to draw a line between these two phenomena to investigate whether the enjoyment from the anticipation of a purchase depends on what a person is buying.

The research offers important information for consumers who are trying to “decide on the right mix of material and experiential consumption for maximising well-being,” said psychology researcher and study author Thomas Gilovich of Cornell University.

Researchers discovered that people thinking about impending experiential purchases, such as ski passes or concert tickets, have higher levels of happiness than those who anticipate spending money on things.

In addition, they found that the act of actually waiting in line to make a purchase may be more pleasant for those intending to spend money on an experience.

“You sometimes hear stories about people rioting, smashing windows, pepper-spraying one another, or otherwise treating others badly when they have to wait,” said Cornell’s Amit Kumar.

“Our work shows that this kind of behaviour is much more likely in instances where people are waiting to acquire a possession than when they’re waiting for tickets to a performance or to taste the offerings at their city’s newest food truck.”

The authors speculate that there may be several explanations for these findings.

People may think about future experiences in more abstract ways that can make them seem more significant and more gratifying, for example. It is also possible that waiting for an experience induces less competition than waiting for material goods. Finally, anticipating experiences may confer greater social benefits, making people feel more connected and happier overall.

“Our research is also important to society because it suggests that overall well-being can be advanced by providing an infrastructure that affords experiences – such as parks, trails, beaches – as much as it does material consumption,” says Gilovich.