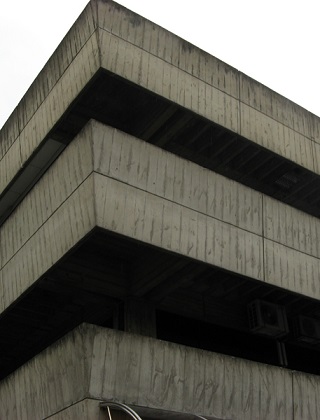 A survey has shown that engineering students should be more aware of the public and social welfare issues in their projects, or risk focusing too much on the technical and not enough on the human element.

A sociologist at the prominent US research school Rice University says that there is a growing “culture of disengagement” regarding issues of public welfare among engineering students.

Study author Erin Cech, an assistant professor of sociology, examined how students’ beliefs shift during their engineering education, finding that engineering students leave college less concerned about public welfare than when they entered.

As part of standard engineering education, lessons on the ethics of the profession in regard to public health, safety and welfare are included. However, according to the recent study there is something about engineering education that results in students becoming more cynical and less concerned with public policy and social engagement issues.

“The way many people think about the engineering profession as separate from social, political and emotional realms is not an accurate assessment,” Cech said.

“People have emotional and social reactions to engineered products all the time, and those products shape people’s lives in deep ways; so it stands to reason that it is important for engineers to be conscious of broader ethical and social issues related to technology.”

She believes that the engineer’s approach to problem-solving may be part of the issue, as it often disregards elements which do not directly impact on functionality or other technical aspects.

“Issues that are non-technical in nature are often perceived as irrelevant to the problem-solving process,” Cech said.

“There seems to be very little time or space in engineering curricula for nontechnical conversations about how particular designs may reproduce inequality – for example, debating whether to make a computer faster, more technologically savvy and expensive versus making it less sophisticated and more accessible for customers.”

The lead author is herself an electrical engineering graduate.

“Because I went through engineering education myself, I care deeply about this topic,” Cech said.

“I want to advance the conversation about how engineering education can be the best it can possibly be.”

The study covered over 300 students who entered engineering programs at four universities in 2003. Participants were surveyed every year and then again 18 months after graduating.

In the surveys, students were asked to rate the importance of professional and ethical responsibilities, their views on the importance of improving society, being active in their community, promoting racial understanding and helping others in need.

“Culture of Disengagement in Engineering Education?” will appear in an upcoming issue of the journal Science, Technology and Human Values.